We've already seen videos and benchmarks of the not-so-well-kept-secret that is the Droid X2, and now we get to see some press shot goodness, along with a little bit of a name change. It turns out that it won't be called the DROID X2, but instead... DROID X². I told you the change was little. So, without further ado, here are the press shots: 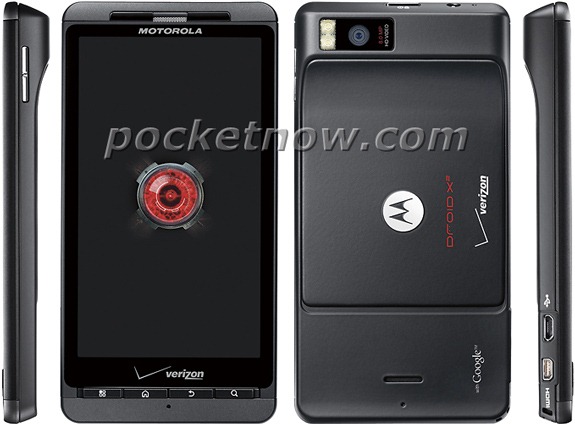 That was kind of anticlimactic, wasn't it? Just like all the previous leaks, it looks almost identical to the original DROID X (sans camera button), with a tiny tweak in hue. The similarities stop there, though, because under the hood this beast should be rocking a 1.2GHz Tegra2 Processor and 768MB RAM, fronted by a 4.3 inch qHD display.

I don't know about you, but I'm definitely excited for this to come out. Bring on with the release date!