As a person, I'm generally less reliable than a software update schedule from Samsung. That's why I must rely on my phone to tell me to do things. My current weapon of choice for this responsibility-shifting device dependency is Taskos because it's simple and, if I'm going through the trouble of not remembering things for myself, I sure don't want to waste time while (not?) doing it. Yeah...

Taskos is, in my humble opinion, the best to-do list app yet. While it isn't perfect quite yet, it's got a whole lot going for it. I'm adding "Take a closer look at Taskos" to my list right now. 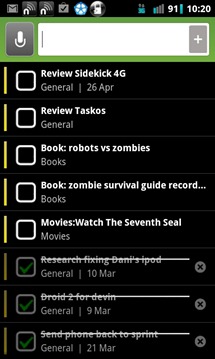 This screen is your new best friend. As you can see, it is my list of current and past responsibilities neatly formatted into s simple scrolling list. The boxes on the left are where I click when I finish a task or have ignored a responsibility long enough to make actually completing it irrelevant. From this screen you can add a task by speaking or typing and access the editing functions by tapping on a task and selecting one of the options: 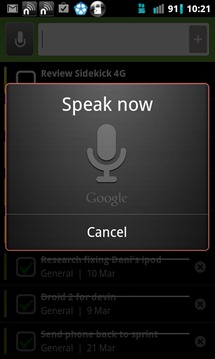 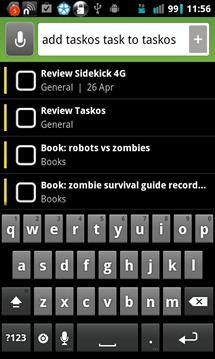 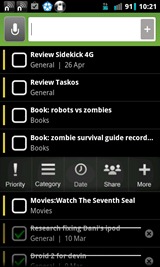 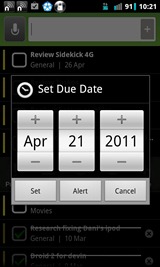 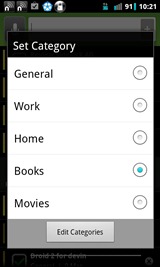 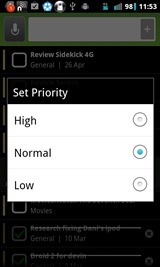 These features, while awesome, are standard for a task list app. Assigning due dates, setting notifications, and assigning priority are things that even crappy task managers can do. The reason Taskos is special is because, for one thing, it makes the process stupidly simple. It's 3 clicks to edit a tasks priority. If you're not sober enough to accurately hit the checkbox, just swipe your finger to the right over a task. Want to send the task to somebody else so you don't have to do it? You're there in two clicks. Want to make your completed tasks disappear? Shake your phone. 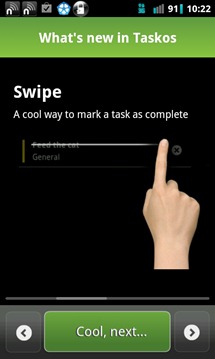 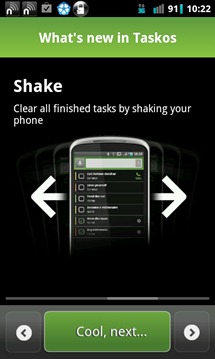 If you want to get more complicated about it, you can do so by hitting that "more" button, but you don't have to. You can also go to the settings menu and add custom categories. And, hey, while you're in settings, why don't you have it sync with your Google account as well? 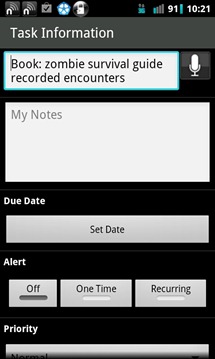 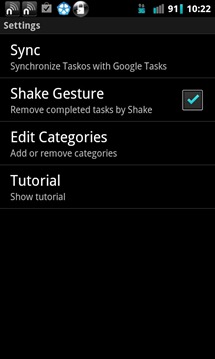 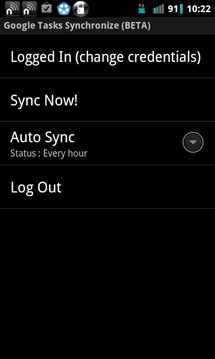 Yes, it does that. I currently have this installed and syncing on 3 devices and it works perfectly. I've made it almost impossible for myself to forget things (don't worry, though. I'm creative and have still found ways to avoid doing things). The only gripe I have about all of this is that I have to go through the settings menu, then to sync and finally click "Sync Now" to force a sync with my Google account because, frankly, sometimes I just need it to sync. They're my tasks, and I need them now.

On a happier note, though, Taskos does come with some hella nice widgets. 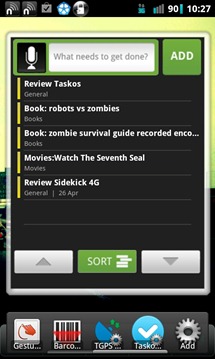 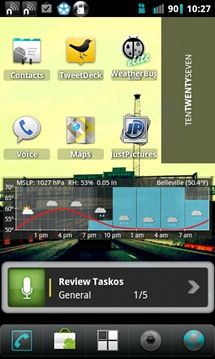 This is my favorite task list application so far. I really enjoy its simplicity, and the Google syncing is just the delicious icing on the (insert version name for Android here. I can't bring myself to make this joke myself). It's free, so you have no reason not to try it. Unless, of course, you forget to download it, at which point you should've had an app to remind you. But then, really, you would already had to have had the app, but... actually, it's just easier for me to tell you to download it and hope you can handle that. Get it here. NOW!

Verizon Expanding Its LTE Market To 6 More Areas Starting Today, For A Total Of 47