We've talked a lot about games designed specifically for Tegra2 tablets lately - but none quite like HISTORY Great Battles Medieval by Slitherine. In this strategy-action-RPG sponsored by the History Channel, you are the General of the English or French forces during the Hundred Years War, controlling up to 20 squads under your command. You can completely customize your army, selecting their armor, fighting styles, weapons - the whole shebang. The more you fight, the more you level up, and the better your skillset becomes. Have a look at this teaser video to get a taste of what this game is all about:

Great Battles Medieval offers single player mode, multiplayer mode, and "skirmish" mode, which is setup as a practice mode to help you prep for multiplayer battle. If you really want to get an idea how deep this game really goes, have a look at this page over at the Slitherine website - it's incredibly detailed.

It will set you back $6.99, but for a game this in-depth, something tells me that you will get more than your money's worth out of it. Hit the widget below for download. 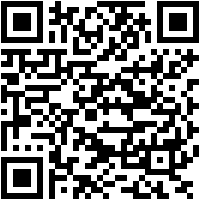