That's right, less than 24 hours after its release, the LG G2x has received a test version of ClockworkMod recovery, thanks to Android developer @ChrisSoyars. Do note that as this is an initial release, it may still have a few bugs, but everything seems to be working exactly as it should. 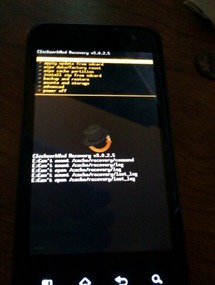 The original post in the source thread provides a download link and installation instructions, but there's a catch: it's Linux specific. Don't fret if you're on Windows, though; XDA member mapin0518 has provided instructions on how to get it working on Microsoft's OS. The method is still a bit buggy, however, as it has worked for some users and not others.

As always, hit up the source thread over at XDA should you hit any snags while attempting this.

Note: You can obtain root access on the G2x very easily with SuperOneClick.