One thing I have gotten used to as a CyanogenMod user is the notification power widget. It's so convenient that I have rejected the use of alternative ROMs over the last several months because it's something that they lacked. For those of you that want this feature, but would prefer not to root your phone, you're in luck: XDA-Developers member 'j4velin' has created an app that does just that.

Notification Toggle, as the name implies, allows you to put various toggle switches in your notification pulldown for quick access. It supports Wifi, bluetooth, silent mode, screen rotation, airplane mode, flashlight, and screen brightness, which should cover just about anything that you may need to quickly turn on or off. It also includes quick access to Android settings that can't be toggled via third party apps, like GPS and tethering. 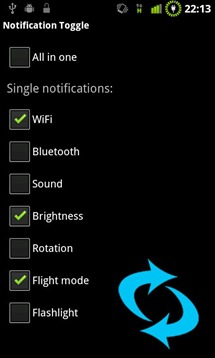 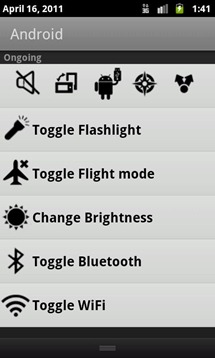 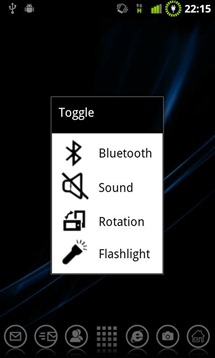 There is also a feature called "All In One" which allows you to toggle all features with a single notification, but it doesn't work with devices that do not support multiple notification click.

Notification Toggle is free in the Android Market, but make sure to swing by the XDA source thread and let the dev know how much you dig it.