We've heard rumors that the sequel to the hugely popular HTC Droid Incredible would be hitting VZW stores on April 28th, and it looks like that date may well be the real deal. This morning, an app showcasing the Droid Incredible 2 landed in the Market, and much like the showcase app for the ThunderBolt, its sole purpose is for VZW employees to highlight tech specs. 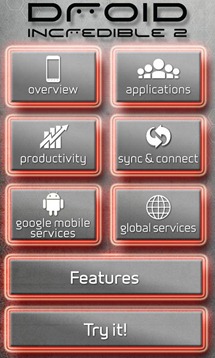 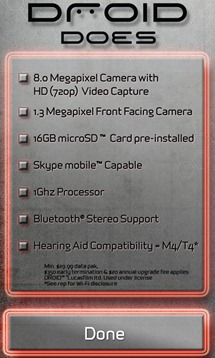 Of course, all this really does is put us one step closer to a confirmed release date, so there's no reason I would suggest installing it. But if you really want it for some reason, then you can grab it from the Android Market. However, according to Droid Life, it will cause your GPS to run constantly for no good reason, so I would probably stay away.