There's just something about UI enhancements that everyone loves. When Gingerbread first dropped, themers were scrambling to port it to multiple ROMs, and of course, it was no different when Honeycomb came out. Of all the wonderful things about the Android 3.0 UI, though, there's one that stands out in the crowd because it's drastically different from previous versions of Android: the lockscreen.

I can't say that I've talked to one person who dislikes the Honeycomb lockscreen; it's actually quite the opposite. Since this seems to be such a sought-after port, XDA member Drakknar has created an amazing mockup of how it could work on Android 2.3. The idea supports both portrait and landscape modes, and adds some welcome features to the lockscreen, like missed calls, messages, and battery status. Have a look at the pictures: 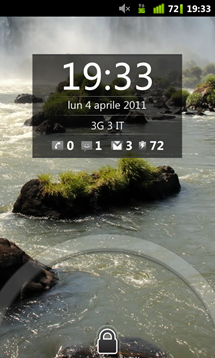 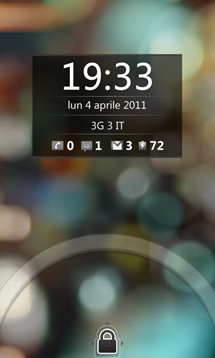 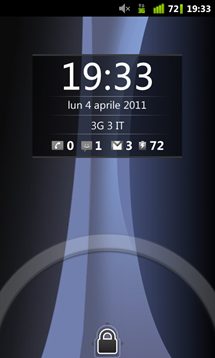 Note: This is just the lockscreen. The landscape shots are running on top of CM7 Tablet Tweaks.

This is just a concept for now, however. Drakknar is trying to get enough user support to take this idea to the CyanogenMod Dev team and get it incorporated into CM next. So, I bring this to you, our humble readers - if you like the idea (and I'm sure you do), head over to the source thread and support the cause.

Adult Swim's First Game Helps You Live Inside The Dreams Of A Robot Unicorn - Because Normal ...