Almost 2 months ago, CNN pushed out its first news app to the Android Market, though with one quite annoying caveat - it was created specifically for Honeycomb devices, which were quite scarce to say the least (i.e. the XOOM).

As you can imagine, those without Honeycomb tablets pretty much everyone started demanding an app as well and today finally got their wish granted. CNN App for Android Phones (as opposed to CNN App for Android) was just released to the Market, with support for Android 2.1+ and full of features you would expect from a smaller screen port of its big brother: 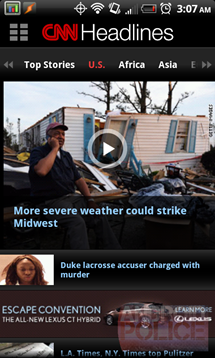 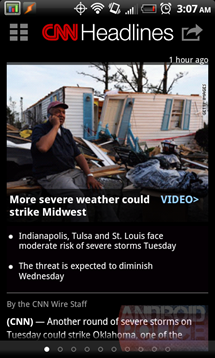 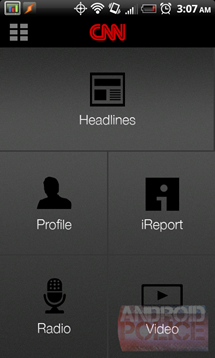 One notable thing that is apparent immediately is the amount of ads in the app - you get not 1 but 2 ads visible on one screen at times, and all videos are prepended with short video ads of their own. I expect ads in a high quality program given away for free, but seeing 2 ads mixed into the news stream so close together is a bit of a turn-off.

Another problem is it froze for me while trying to access GPS and needed to be killed using a task killer (force closing just respawned the faulty version over and over). 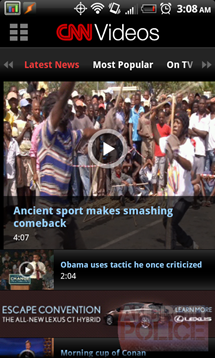 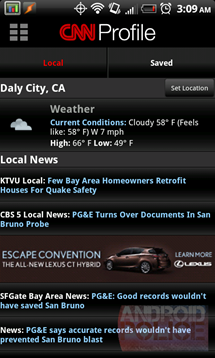 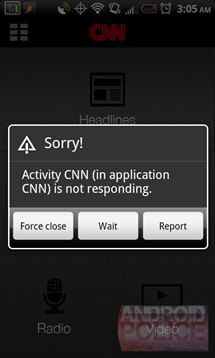 Still, CNN App for Android Phones is a welcomed addition to the pile of Android news apps and seems to be well received by the users so far - 4.7 stars with 37 ratings after only a few hours. Curiously enough, the tablet version only has 44 ratings and 3.2 stars after almost 2 months. Ouch. 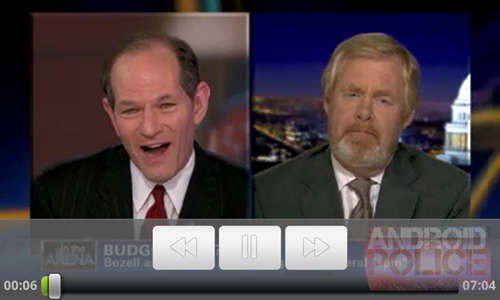 Report: Twitter In Talks To Buy TweetDeck For $50 Million

[Update: It's Official] T-Mobile G-Slate Rumored To Be Launching On April 20th