When it comes to timely Android updates, Samsung's reputation has been less than spectacular, so I was fairly surprised to see that a Gingerbread rollout was taking place for select European Galaxy S owners right on schedule. 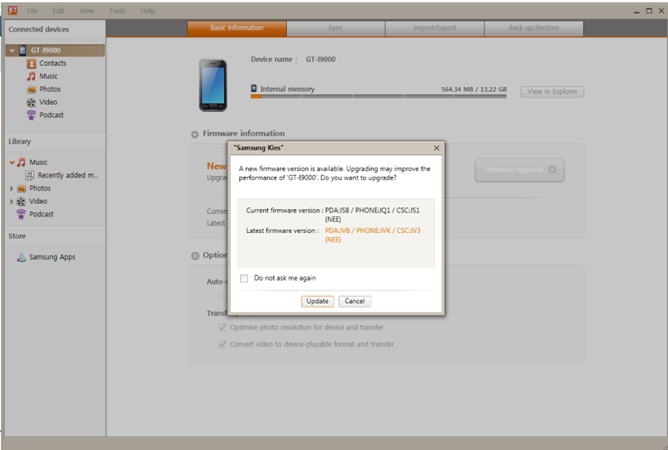 That's right, according to users on the revered XDA-Developers forum, the update began rolling out late last night (late for the US at least) via Samsung's Kies software - provided you live in Holland or Germany. Forum user 'downunder30' was nice enough to post some information about the update:

It seems that they're staggering the release for the rest of Europe, so try not to wear your mouse button out while constantly checking for updates, ok?

If you live outside of Holland or Germany and have received the update, drop us a line in the comments (be sure to include your country) and we'll update this post.

[Weekend Poll] How Significantly Will The Number Of Cores Factor Into Your Next Phone Purchase?