Moto was kind enough to detail what exactly this update will change: (click to enlarge, or hit the release notes down below) 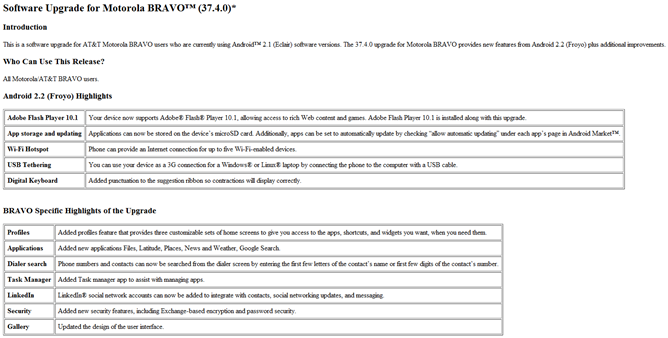 As an interesting aside, it's been barely 10 days since Motorola originally put out the call for users that would like to test the software, so I'm surprised it was released so soon. Let's hope that was enough time for them to iron out any kinks.

If you've received the update, let us know in the comments!