Are you sitting down? Assuming you're reading this on your PC, I would imagine that you are. Unless, of course, you have a standing desk, in which case I urge you to sit down. We've seen it pop up on the web but haven't really heard anything about its price. This time, however, it looks like it made an in-store appearance at Walmart and brought a price tag along with it. Are you ready for this? $298.88 with a two-year agreement. No, that's not a typo. 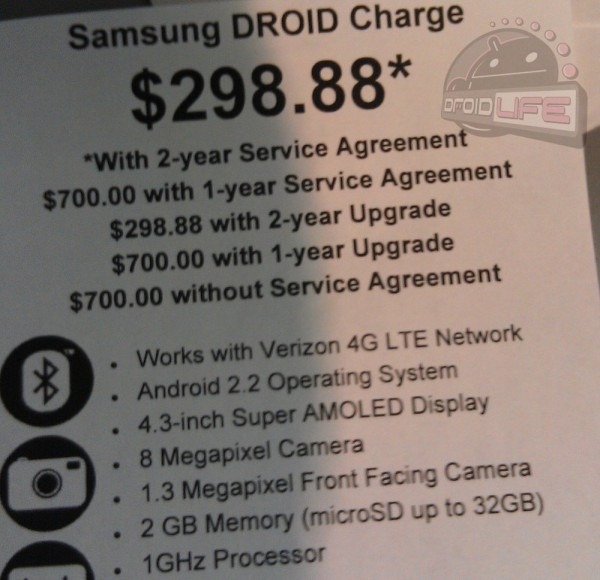 Releasing a phone that's already somewhat behind the curve at this price is just ridiculous. Why do I say it's behind the curve? That 1GHz processor - it's single, not dual, core. It comes packaged with a measly 2GB SD Card. It reportedly only has 512MB RAM, which is average (at best) by todays standards. Not to mention the fact that, given Samsung's track record, it will probably be many months (if ever) before it even sees a Gingerbread update.

I'm not suggesting it's a bad phone by any means, I'm merely saying that it's not anywhere near worthy of a $300 price tag when the HTC Thunderbolt has beefier specs and costs $50 less ($150 less if you get it through Wirefly). Let's just hope that this falls into the "rumor" category and it's something more realistic once it's finally released. Of course, there is the off chance that it's plated in gold, right?

[Updated] Exclusive: Vulnerability In Skype For Android Is Exposing Your Name, Phone Number, ...