If you have a Honeycomb tablet, there's a good chance that you're starting to leave your laptop behind more and more often. But what happens if you get away from the desk only to realize that there is a file that you need? You turn to PocketCloud from Wyse Technologies, of course.

As you may have guessed, as of today PocketCloud has been updated to include support for Honeycomb tablets. The interface has gone through an overall revamp to give it more of a Honeycomb feel, which takes advantage of the larger screen and streamlines navigation. Also included in this release is the final version of Auto Discovery, which works seamlessly with the PocketCloud desktop software to make remote access to your computer super easy. 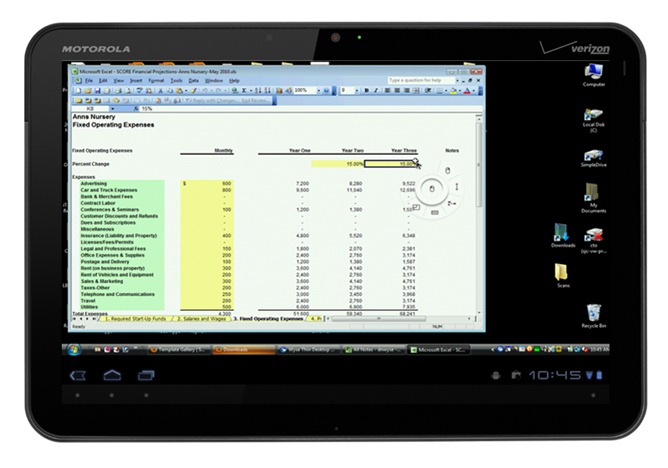 It's not just for tablets though - this version brings bug fixes and new features to all Android devices. If you're still not sold on the idea, check out this video to get a better idea of how cool it really is:

For casual users, there is a free version in the Android Market, but if you plan on using this for business purposes, then I suggest the Pro version ($14.99) which offers more functionality and technical support.

Take Me Back, Baby: 3 Reasons I'm Staying With Android And Coming Back To Android Police

Android Market Carrier Billing Now On Sprint, Do You Have It Yet?