You know what I hate? Having to start over from the beginning of Angry Birds every time I flash a new ROM. I won't have to deal with that for much longer, though - according to the official Twitter page of Rovio Mobile, they're working on the greatest thing to happen to Angry Birds since the slingshot. Yes, I'm talking about syncing. 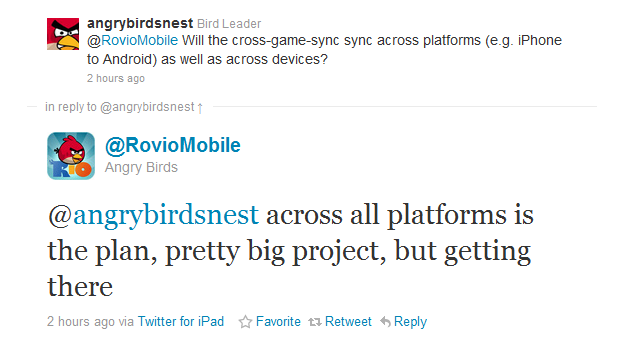 Once it's finished and unleashed to the world, each time you flash a new ROM, get a new device, or even switch platforms altogether (I'm looking at you iOS crossovers), you will be able to take all of your current bird tossing accomplishments with you.

There's no concrete ETA on this feature yet, but Rovio has said that it will be out some time "before Summer." The sooner it can get here, the better. Godspeed, Rovio. Godspeed.

Android Market Carrier Billing Now On Sprint, Do You Have It Yet?