When developers release updates to their apps without listing the changes, normally about half of the Market comments turn sour, especially considering Google added the changelog feature into the core of the Market a few months ago. When Google itself does it to one of the flagship products... let's just say things are not pretty.

Version 5.3.1 of Google Maps arrived a few hours ago without a single mention of any novelties or bug fixes. The result? Pages upon pages of 1-star reviews - in fact, there are so many of them that I gave up clicking after page 40.

So, kids, if you're thinking of releasing an update without telling the mob what's new, be prepared for the consequences, no matter how undeserved (especially if all these will end up being nothing more than bug fixes).

Update: The changelog, which ended up being just 2 minor bugfixes, as we expected, can be found in Google support forums: "We've pushed out a new release, version 5.3.1. This version should fix the Manage My Places and auto-checkins issues you've been reporting in this thread and elsewhere in the Forum. " - thanks, Ben! 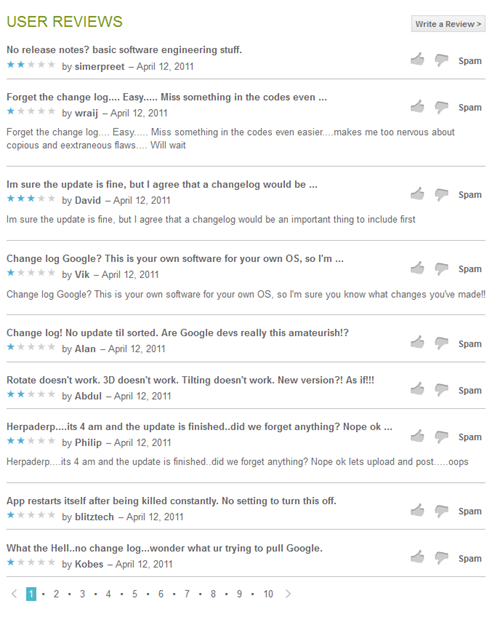 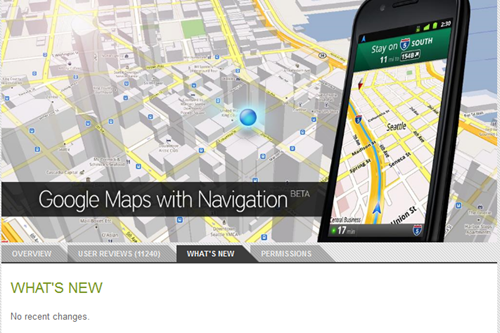