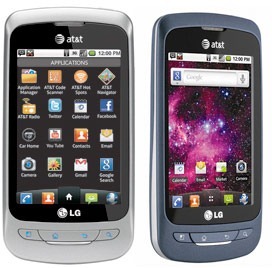 I guess it's not too bad when you consider the off contract price of $180 for the Thrive (okay, yes it is. I was trying to be optimistic), but the Phoenix will set you back $50 with a two year agreement, which isn’t that great considering you can get the Motorola Atrix 4g for $100 under the same circumstances.

AutoDesk To Bring AutoCAD To Android On April 20