We have all been there before - you're running low on space and want to get rid of some apps. Or perhaps you just want to do your device a favor and remove old apps that you no longer use. Sure, the app is gone, but most leave behind unwanted data, taking up precious room on the /data partition, your SD card, or both. Fortunately, XDA member Dark3n has created a app to address such a situation, aptly titled SD Maid.

SD Maid is a simple, yet much needed app that searches your device for anything left behind by apps that have been uninstalled. It does this by comparing the list of currently installed apps to the list of data found in /data/data and /mnt/sdcard/Android/data, which is where most Android devices store this type of information. The main exception to this rule is Samsung, which stores its data in /dbdata/databases, but SD Maid has that covered, too.

Note: While the name suggests that SD Maid only cleans up your SD card, it's actually not true - it looks at internal storage as well. Confusing, I know.

It's very, very easy to use. Fire it up, tap refresh, and it will show you the amount of "corpses in your basement". Tap clean all, and you're done. Really, that's it. It goes one step further than that, too, offering a full system cleanup, which covers log files, Dropbox cache, system cache, and tombstones, which is where the system dump goes when an app force closes. 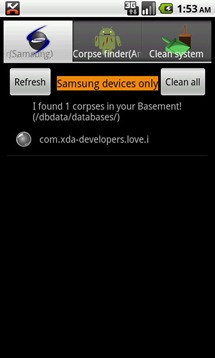 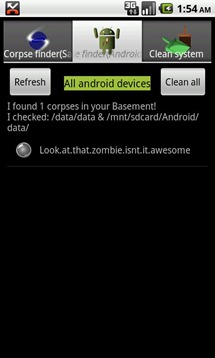 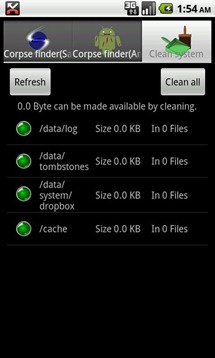 This app is still in early development, and the creator notes that because there are so many different devices out there, it may not work 100% correctly on every single device. If you give it a shot and experience issues with it, hop over the XDA support thread and let him know about it.