Like all good things Verizon, the HTC Incredible 2 didn't remain hidden from the public's eye for long; following the release of a leaked RUU and a Big Red roadmap confirming the device's impending launch, PocketNow got its paws on the following triad of press shots: 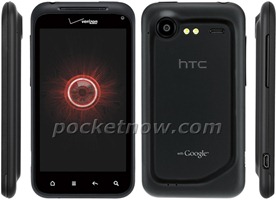 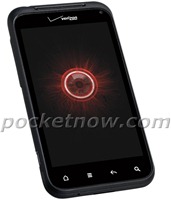 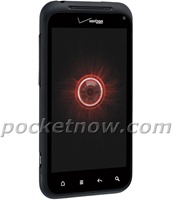 From the looks of it, the Incredible 2 will be virtually identical to HTC's popular Incredible S, with the exception of a Verizon logo and the inclusion of a CDMA radio. In fact, Android Central reports that it'll sport the same 8MP camera, Android 2.2.1 firmware, and HTC Sense keyboard.

Also noteworthy is that, as shown by the eerie red robot eye, the Incredible 2 will most likely belong to Verizon's DROID family.

Unfortunately, there's no new intel regarding pricing and release info, so until we hear otherwise, we'll continue hoping and praying that the April 28th rumor proves to be true. And no, there's nary a confirmation of LTE - so keep your fingers crossed!