When Wolfram Alpha was introduced back in 2009, it sent shockwaves through the Internet and the scientific community due to its incredible artificial intelligence and instant usefulness in myriads of both highly scientific and day-to-day computations. In fact, it was so ground-breaking that Popular Science named it the greatest computer innovation of 2009.

So, what kind of questions can Wolfram Alpha answer? If you haven't played with it before, you may be surprised, shocked, excited, or all of the above.

The following are examples of queries using Wolfram Alpha. They are accompanied by links to the results of each search to illustrate the variety of answers that Wolfram Alpha provides to non-specific queries.

Wolfram Alpha is also capable of responding to increasingly complex, natural-language fact-based questions such as:

Also, one can input the name of a website, and it will return relevant information about the site, including its hosting location, site rank, number of visitors and more.

From the app's description:

Impressed yet? Yeah, I thought so.

Today, all this knowledge, wrapped in a nice Android interface which usually costs $1.99, is free. Really, there should be no hesitation around scooping Wolfram Alpha up - you'll be surprised how often you'll be using it once it's installed on your device. 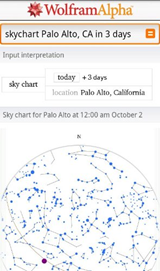 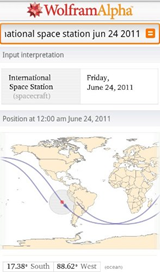 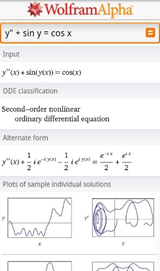 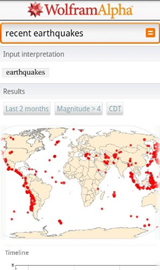 Fun With Google's Mobile Easter Eggs - Try Searching For "Tilt," "Askew," Or "Crooked" In Your ...