If you travelled back in time to the middle of 2010 and asked your average Canadian about the selection of Android devices available to them, you would not be impressed with their answer - it seems that up until this year, the Android selection in Canada was about 6 months behind the curve.

Canadians, myself included, can now stop bemoaning their second rate options. As of today, two major new devices, the Nexus S and the Motorola Xoom, have been made available to those in the Great White North.

The Nexus S has landed on Videotron, Mobilicity, Telus and Koodo as of today, with Wind and Rogers expected to release it in the very near future. The best deal of the bunch seems to be Koodo's off contract price. For $425 you can walk away the owner of this phone, contract free, which is $100 dollars less than what Telus or Videotron are charging for it.

If you want some new Android tech, but are already stuck with a phone in one of our famous three year contracts, the Wi-Fi Xoom is now available via Best Buy for $599, like the U.S. counterpart. 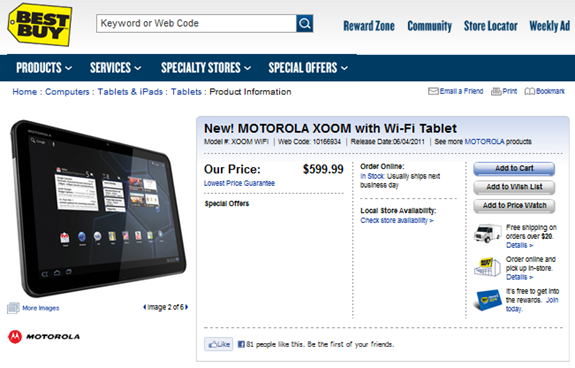 No doubt the quality of the Android device selection in Canada is on the rise. With two major devices available within a short time of their stateside release date, and rumours of other major releases, such as the HTC Incredible S on Sasktel, occurring at the same time or earlier than the U.S. releases, it's hard to say that the land of snow and doughnuts is going to have to politely accept the little brother role for much longer.

SD Maid Cleans Up The Mess Left Behind By Old Apps, Leaves Your Phone And Your SD Card Minty Fresh