There are two things I know about chess for sure: I like playing it and I hate playing against computers. Computers are cold, calculating, and just generally smarter than me. They don't make mistakes. They want to take over my planet with their cold, metal claw-hands and laser eyes. If something is going to make me feel stupid, it damn well better be a person. This is why I like Chess-presso. Chess-presso knows that they can delay the eventual mechanical uprising by allowing me to play the game of kings with other flawed, squishy humans.

I really, really enjoy this game. The gameplay is fluid, stable, and the social aspect of it is very well done. It's like Words With Friends but, of course, with Chess and, you know...works. The developers have done an amazing job, both with the looks and execution of Chess-presso's gameplay mechanics. It doesn't have fancy graphics, awesome animations, P.O.'ed birds, or 3D effects but, really, if regular Chess had those things, it would suck. Let's delve a little deeper into how I'm sourcing HUMANS to make me feel dumber, like a good person should. 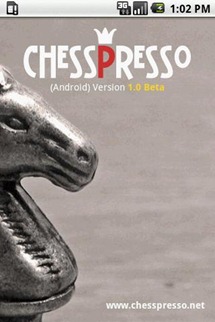 Chess-presso works, on the most basic level, just like Words With Friends (should). You can have multiple games happening simultaneously and you can take your time making your moves. You can choose a random opponent, search for an open game and become someone's random opponent, or invite one of your other AI-fearing friends to play. When you are involved in several games, you can view which ones are active, which games are waiting to start, and which games you've won. 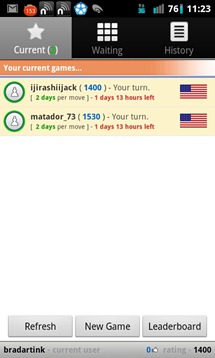 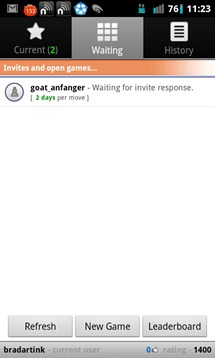 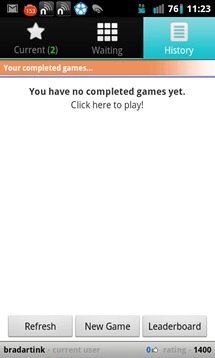 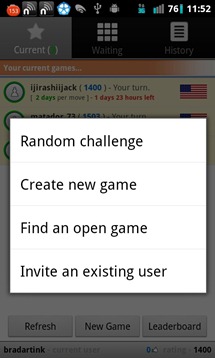 The actual gameplay is pretty straight-forward as well. As long as you know how chess pieces move, you shouldn't have any problem adapting to the controls. You simply tap on the piece you'd like to move, tap where you want that piece to be, and click "Make Move." Easy, right? Right. Here's some pictures of me losing while doing that: 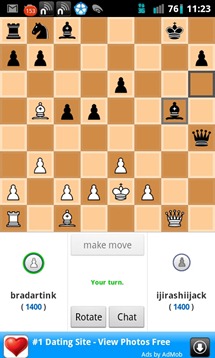 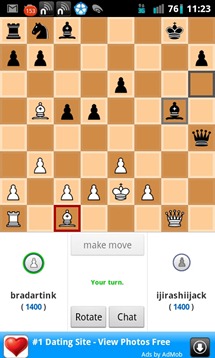 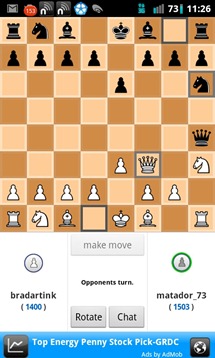 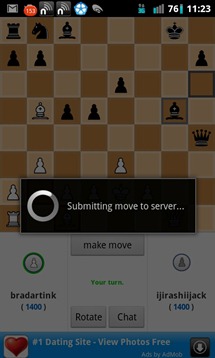 Chess-presso also utilizes C2DM for notifications, so you always know when it's your move without murdering your battery.

That's all great, but what if you'd like some stimulating conversation with your lifetime-to-master, strategic-intelligence-testing game? Chess-presso has a chat feature just for that! Nailed it. You can also view the worldwide leaderboard, for added feelings of inadequacy: 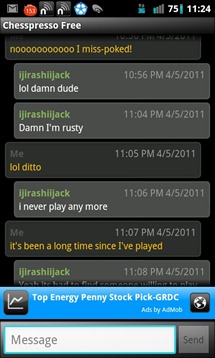 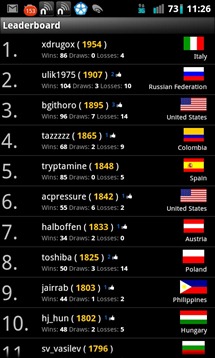 There is a settings menu that has all the setting you'd expect as well, but that's far less interesting to talk about, so I'll just throw an image out here: 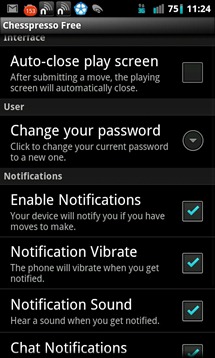 Overall, Chess-presso is an incredibly well-made game that was designed with functionality and stability in mind. It just works well. The ads in the free version are not intrusive, and the full paid version allows you to make an unlimited number of moves per day. If you like chess, you'll like Chess-presso. Also, you're helping delay the eventual robot uprising. Critical thinking can only help us here, people.

You can get Chess-presso for free here: 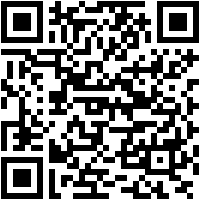 or you can support the developer and get the ad-free, unlimited move version here: