Just in time for the UK release of the Sony Xperia Play, Sony Computer Entertainment Europe Limited (can we just say SCEEL for short?) has started to release Playstation games on the Android Market. So far, only five games have been released, including Syphon Filter and MediEvil, but I'm sure that many more are on the way (Metal Gear Solid, anyone?). Naturally, I tried to install one of these games, only to be denied. 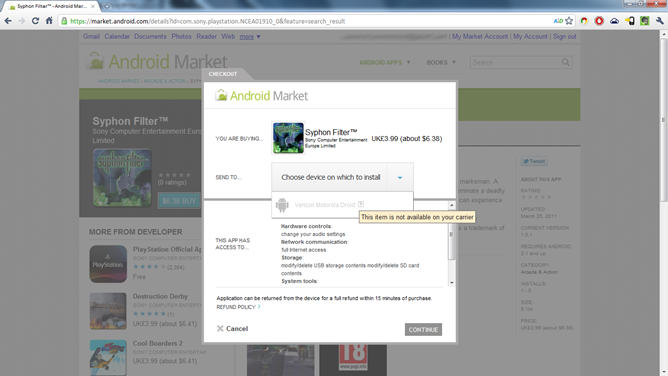 However, according to yesterday's leak, we should see the Xperia Play hit Verizon stores in the US on April 14th, so it won't be too much longer before that dream becomes a reality.

PSA: Verizon's Warranty Exchange Policy Is About To Get A Lot More Strict Starting Tomorrow