It's peace of mind that even if your phone is truly gone for good, then the biggest expense you'll incur will be a new handset, and hell, the insurance that you are paying through the nose for, should cover that.

This is why apps such as Lookout Mobile Security, Theft Aware, and WatchDroid Pro exist. 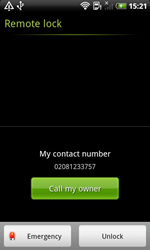 Users of HTC Sense on select devices don't need to bother though, because HTC Sense has security built in, and the onboard suite is all you'll ever need to keep everything you hold dear, safe. Supposedly.

The locate feature allows your phone to be tracked online at HTCSense.com and forces it to ring loudly, even when on silent. And if it's lost for good, then owners can remotely lock or wipe their device, secure in the knowledge that messages, call history, customizations, and data have been securely archived and backed up.

Except - and this is kind of a deal breaker for us - it doesn't always work.

This unfortunate factoid was discovered by a Brooklyn-based user, known only as "Mary," who had her beautiful new HTC Inspire 4G snatched from her hand recently.

We can only assume that Mary, while obviously disturbed and dismayed by becoming a robbery victim, was not overly concerned about the potential loss of data, compromised emails, or extortionate bills for intercontinental calls, because of the oh-so-impressive security features offered by HTC. 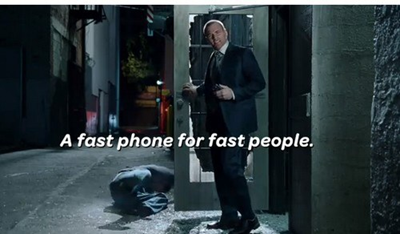 So, imagine Mary's surprise and shock when, on the recovery of her beloved chunk of tech, she discovered that although the Inspire had been locked using HTC's site, it was in fact fully functional.

In her own words, as she related to consumerist.com earlier today:

I went back to the HTC site to check, and sure enough, it said my phone was locked and that it should be displaying that special message I'd crafted. Lies, I tell you! Lies!

And even worse, there was no option to now unlock it from not being locked. There still isn't, even though I've been using my phone normally for two days. If things had worked out differently, I could be a thief, chuckling over purloined cat pictures or sending rude text message to that person I never talk to anymore.

HTC's response to her justifiably outraged emails apologized "for the inconvenience this has caused" and went on to explain that there are just too many people using their services and, as a result, the company is experiencing "stability and reliability issues that are unacceptable."

Worth noting is that in their email, HTC does not say when the problem is going to be fixed, how many people are affected, or even what other services are currently being affected by their lack of capacity.

So treat this as a cautionary tale and install at least one extra security app on your device. And if your HTC is missing in action right now, don't trust Sense to keep it safe. Take our advice and get Lookout Labs' Plan B from the market.