If you use Dropbox on your Android device and either like to live on the edge or help the company test out the latest betas, you will want to check out this post on the Dropbox forums, announcing a new public beta v1.0.9.3 with some new translations, Honeycomb improvements, new Lock Code support for the security-conscious, and other fixes. Forum replies also indicated that some sort of a folder opening bug got fixed in the process, though I am not sure what exactly that bug was in the first place.

Check out the changelog, then proceed to the direct download link, and once you've tested everything out, head back to the Dropbox forums to post your feedback: 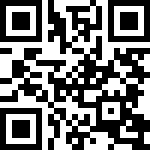 PSX4Droid Emulator Gets Pulled From The Market - Probably For Trademark Infringement

[Updated] Fake App Gets Uploaded To Pirate Android Markets, Megatrolls And Embarrasses Those ...