PewPew, a beautiful retro style shooter (think Geometry Wars), was released for Android early February of this year and has found a rather receptive market. With its chaotic gameplay, attractive visuals, great frame rate and $0 price tag, it managed to bag a well deserved 1 million+ downloads in less than two months.

Yesterday, Jean-François Geyelin released PewPew 2, a follow-up to the popular game, onto the Android Market. While it is a little pricier at $2.81, it looks to be definitely worth it. This upgrade to the polygon-slaying good time of the original comes with many enhancements, including an increase in the number of game modes from 4 to 7, 5 unlockable ships, and multiple difficulty levels. Breaking with the arcade style of the original, there is even a single player campaign, complete with boss battles, to sink some time into.

The primary complaint from many of those who have played the first PewPew was the difficulty. It is almost impossible, for myself at least, to get near a gold medal on any of the game modes. Don't get me wrong, a challenge is great, but a game being hard for the sake of being hard makes the player miss out on the satisfaction of victory. The addition of multiple difficulty settings should allow a wider audience not only to play, but enjoy the game.

With all that, and many other major improvements from the original version, the neon-colored, 2D world that is PewPew 2 is definitely worth checking out. 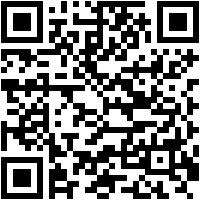 Google Delays Public Release Of Honeycomb Source, But Don't Panic - There Is A Good Reason, And ...