Yesterday at CTIA, Samsung unveiled its revamped Galaxy Tab 10.1 and the all-new Galaxy Tab 8.9 (check out our live coverage of the event). Unfortunately, that's about all Samsung did with them - neither was ever powered on. Samsung's CTIA exhibit housed the new devices in glass security cases (as you can see below), while early "prototypes" of the 8.9 and 10.1 running Honeycomb with Samsung's TouchWiz 4.0 overlay were available for hands-on time, in order to demonstrate some of the software the company plans to include when the devices are released. 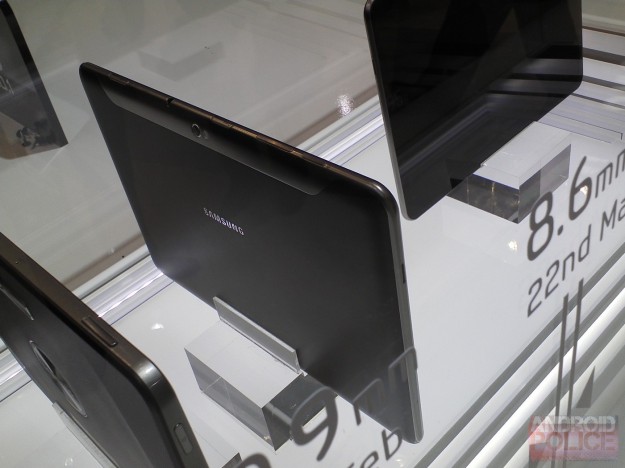 Why no demonstrations of the thinner, lighter, sexier Tabs? It's difficult to say, but we're speculating there are two possibilities: that the new hardware isn't actually complete yet (eg, the units on stage and in the cases are weighted dummy shells), or that the software is not in a state that Samsung feels safe demonstrating.

Given that Samsung was perfectly happy to let CTIA-goers play with its Tab 8.9 and 10.1 prototypes running Honeycomb with Touchwiz, the latter seems less likely to me, personally. Particularly because there's one piece of interesting information that may bring credence to the hardware theory: the Tabs' CPUs.

The original Tab 10.1 was a Tegra 2-powered device. As we know, Samsung also has a dual-core chip of its own: the Exynos 4210 (formerly known as "Orion"). If Samsung has decided to swap the Tegra 2 system-on-a-chip (which is decidedly less modular and more bulky than most mobile chips) for its own solution, then they've essentially gone back to the drawing board and built an entirely new device. That sort of change in direction doesn't happen in a month. 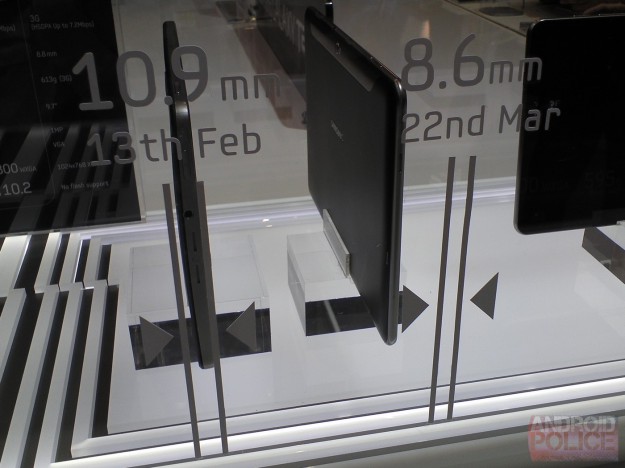 Official Formula 1 App Crosses The Android Market Finish Line, Puts You At The Heart Of The Action

Rumor: Motorola Is Developing Its Own Mobile OS, Android "Shooting Itself In The Foot"