As expected, Sprint just unveiled their upcoming EVO 3D handset and the EVO View 4G tablet. Both devices will have WiMax capabilities on Sprint's "4G" network (there was no mention of LTE, as Sprint is rumored to be transitioning to). No prices were announced today, and the release was announced as "this summer" (we expect a June-July release to compete with the iPhone 5).

As seen in our live blog of the event, the EVO 3D will have a 4.3" stereoscopic (for glasses-free 3D) qHD display, a 1.2GHz dual-core processor, and dual 5MP rear cameras that capture 3D. The phone will run Gingerbread out of the gates. Sprint also promises that it will have improved battery life over the original EVO (that shouldn't be difficult), and supposedly that battery will be in the 1700mAh range. It has 4GB of internal memory, along with 1GB of RAM. It also ships with an 8GB microSD card. 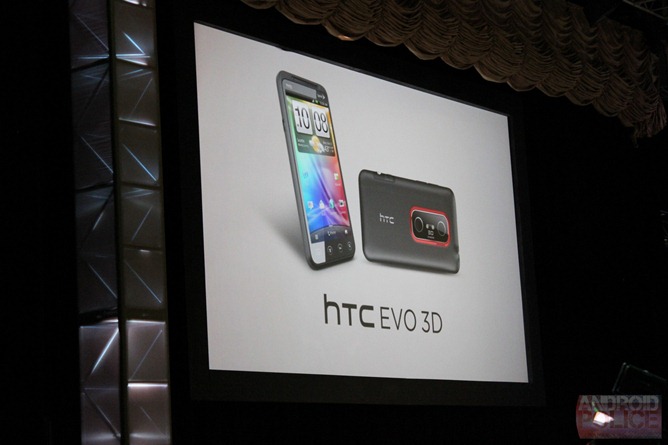 Sprint claims that the dual-core processor in the EVO 3D will be better for multi-tasking than other dual-core processors. We don't have the details or stats to back that up just yet, but they have officially piqued our curiosity. 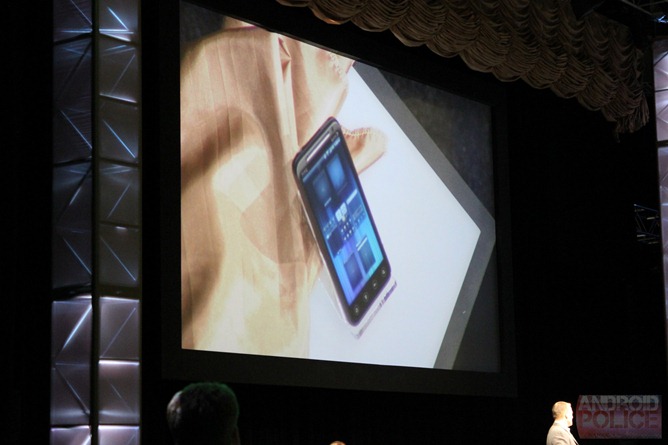 One huge absence is the kickstand from the first EVO. We would have liked to have seen a bigger and sturdier one (like the Thunderbolt has) but instead they did away with it altogether. Wouldn't you want to prop your EVO up to watch those three-dimensional videos?

Next came the EVO View 4G, which is essentially the same as the HTC Flyer. 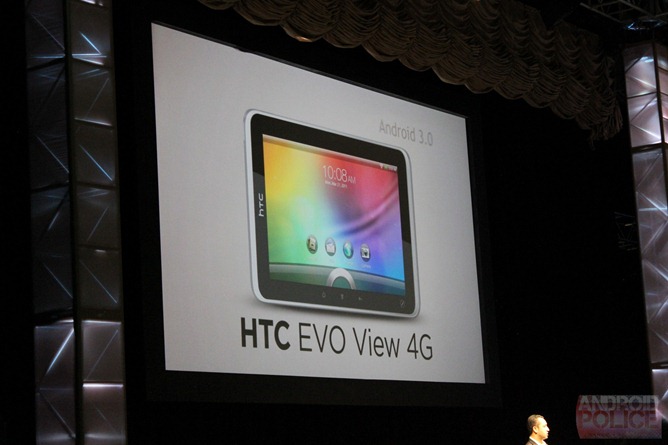 The 7" tablet runs a single-core 1.5GHz processor and totes a Scribe Pen stylus. 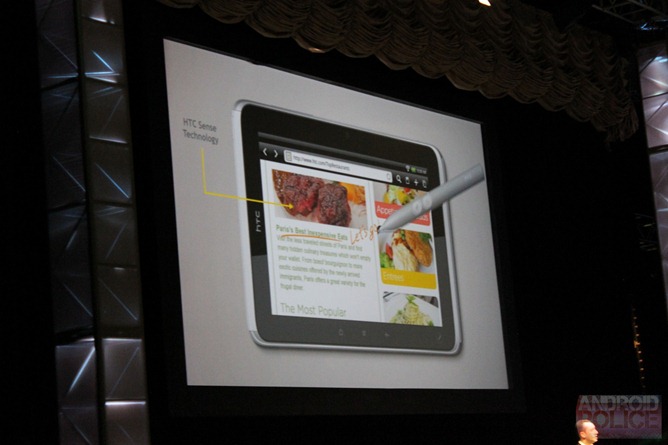 It, along with the EVO 3D, allows for HDMI and DLNA video output. It will run Gingerbread out of the gates, and be updated to Honeycomb later on. 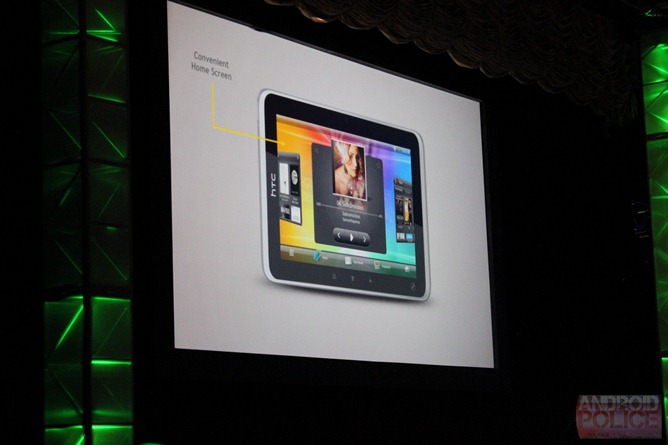 So, if nothing else, today's Sprint event serves to remind us all that trusted leaks tend to be accurate. The coolest aspects of both devices were already known and, unfortunately, the bit of news that we did get could be construed as mildly disappointing. The lack of a kickstand is a head-scratching omission that must have been made to cut production costs or make room for the battery. We know almost certainly that Sprint is switching to LTE, so will the EVO 3D be future-proof in that respect? Wi-Max is fine, but if the same network has LTE down the road, I want my phone to handle it. Also the lack of prices may not be an encouraging sign. If low prices were going to be one of these devices' main selling points, we surely would have heard about it, no?

As always, we love to hear what you think in the comments.

HTC EVO 3D And View 4G Use A Single MHL Port That Allows For Both MicroUSB And HDMI Charging - ...