We have known for some time about a high-end 3D smartphone from LG that was among the manufacturer's upcoming high-end releases. Up to this point, the glasses-free phone had been referred to as the LG Optimus 3D and (along with the G2x and the G-Slate on T-Mobile) we knew it would be hitting shelves within the next several months. While the release date is still a mystery, we now know that it will be known as the LG Thrill 4G and will be exclusive (at least at launch) to AT&T in the US.

The 3D phone will sport  a 4.3-inch WVGA display, a 1GHz dual-core processor, and a 5MP dual-lens camera for shooting stills and videos in 3D. All of this is in addition to the glasses-free 3D display, which can be used for games, movies, and anything else that you would like to see with some depth. The company will provide their 3D users with the LG 3D Space, which, according to the press release "houses 3D games, video clips and images for quick, convenient access" (think LG 3D's equivalent of the Tegra Zone for Tegra 2 devices). The 3D functionality can be toggled, so you can enjoy the phone exclusively in the first two dimensions if you wish. The phone will launch running Android 2.2 'Froyo,' but a Gingerbread update is promised.

No firm release date has been set, and we only know that US customers will see it "in the coming months." We previously learned that the Optimus 3D would launch in Europe sometime in Q2 and, as far as we know, that will still be the phone's world debut, with the AT&T version arriving sometime later. 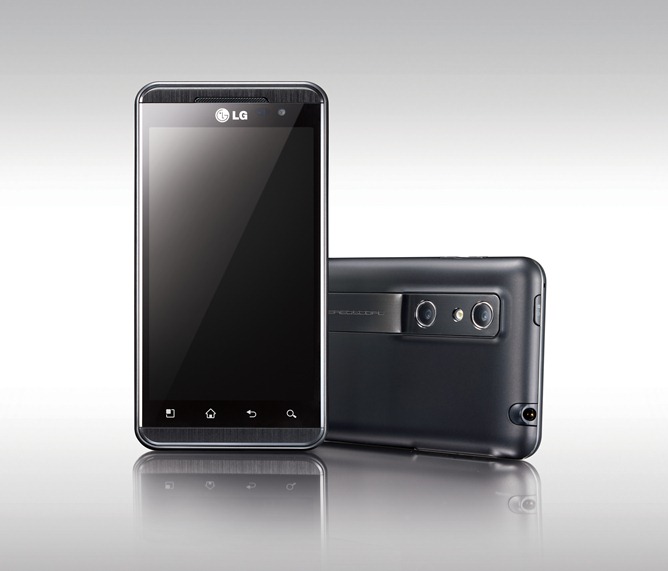 With the soon-to-be-announced EVO 3D, the G-Slate and now the LG Thrill all sporting 3D capabilities, 3D is coming to Android - like it or not. Hollywood studios and television set makers have been telling us it's the latest and greatest thing (with varying degrees of success) for well over a year now, so it is only natural that Android would be next in line. Do you have any interest in a 3D-capable Android device? Is it a cool new technology, or just a forced fad? Let us know in the comments.