Now that the dust has settled a little bit on the proposed deal that, if approved, will shake up the US wireless landscape, what more is there to know about AT&T's buyout of T-Mobile? Several stories (reported by All Things D) caught our attention regarding the aftermath of the deal:

Sprint Scoffs At Deal, Says The Wireless Market Would Be Altered Dramatically

While most experts seem to agree that the deal will most likely get FCC and Department of Justice approval, Sprint (not surprisingly) doesn't have a lot of nice things to say about the buyout. The rumors had previously been swirling that Sprint would be the one gobbling up T-Mobile and, whether those talks actually happened or not, that deal most definitely won't be happening now. In a statement, Sprint said that “the combination of AT&T and T-Mobile USA, if approved by the Department of Justice (DOJ) and Federal Communications Commission (FCC), would alter dramatically the structure of the communications industry. AT&T and Verizon are already by far the largest wireless providers. A combined AT&T and T-Mobile would be almost three times the size of Sprint, the third largest wireless competitor."

If approved, the merger would result in a wireless industry dominated overwhelmingly by two vertically-integrated companies that control almost 80% of the US wireless post-paid market, as well as the availability and price of key inputs such as backhaul and access needed by other wireless companies to compete. The DOJ and the FCC must decide if this transaction is in the best interest of consumers and the US economy overall, and determine if innovation and robust competition would be impacted adversely by this dramatic change in the structure of the industry.

Sprint obviously sees nothing but gloom and doom should the deal get approved and appears to reacting in a way that calls foul (how many times do you hear a company admit that a competitor is three times bigger than they are?). While the pre-deal wireless landscape featured two mammoths (Verizon and AT&T) and two smaller (but hardly minor) players in Sprint and T-Mobile, the post-deal world will indeed, as Sprint said, be dominated by two companies. Sprint will now be the lone straggler, forever playing catch-up to the bigger kids on the block.

T-Mobile Drops Out Of CTIA Panel

While they didn't specifically cite the buyout as being the reason, T-Mobile has announced that they will no longer be participating in a roundtable keynote discussion that is set to kick off CTIA. The panel, which was going to feature representatives of the four major US wireless carriers, will be moderated by CNBC's Jim Cramer (yes, the loud guy with the props). 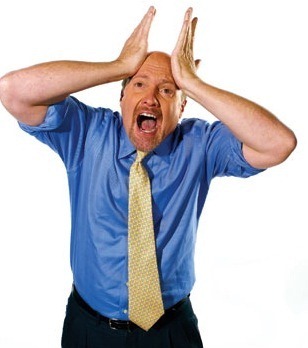 T-Mobile said to All Things D that they "will not be joining due to extenuating work demands" (that sounds like corporate-speak for "we just got bought the hell out" if I've ever heard it). The remaining three carriers are still lined up to participate in the discussion, which, we can only imagine, will center largely around the deal.

If The Deal Doesn't Get Approved, AT&T Has To Fork Over Big Bucks (And More) To T-Mobile

Should the deal not get government approval, T-Mobile would naturally be in quite the pickle, having spent months (or longer) devoting their company's direction to being absorbed by AT&T. It appears that they covered their behinds there, as there is an agreement in place that AT&T will hand over lots of money and assets, should approval fall short.

If not approved, the deal will cost AT&T $3 billion, valuable spectrum, and roaming agreements to T-Mobile. In a fact sheet (read: pro-deal propaganda) that AT&T posted on Saturday, they said:

Today when you look across the top 20 markets in the country, 18 of those markets have five or more competitors, and when you look across the entire country, the majority of the country’s markets have five or more competitors. I think if the criteria that has been used in the past is used against this merger, I think the appropriate authorities will find there will still be plenty of competition left.

That sounds a little different than what Sprint had to say above, does it not? Of course these rival companies are starting the campaigning phase of the deal, with AT&T attempting to frame it as an opportunity to provide higher-quality services, and Sprint scrambling to paint it as a duopoly that will only lead to higher prices and poor service for the customers. Verizon has thus far been silent on the deal.

On the list of those with a negative view of the merger is West Virginia Senator Jay Rockefeller (D), who said in a statement:

With every passing day, wireless services are becoming more and more important to the way we communicate. So it is absolutely essential that both the Department of Justice and the FCC leave no stone unturned in determining what the impact of this combination is on the American people.

We wonder: what are your thoughts on the deal? Will it bring customers higher-quality service, or a market without enough competition to allow fair pricing (or perhaps both)? Let us know in the comments.

"Famous Androids" T-Shirt Goes On Sale At RIPT For $10 - Buy This Awesomeness Before It Goes ...