At the end of CES, right after the barrage of almost 100 Android tablet announcements, SwiftKey teased us with a new version of its popular keyboard, specifically targeting tablets. The company later officially announced the new product, complete with a Tron-like, mysteriously glowing UI. The split-key design, especially useful for larger tablets, looked like a real winner to tablet owners.

Today, the first beta of SwiftKey for Tablets v2.0.0.36 was released to VIP members in the SwiftKey forum, and, of course, I immediately took it out for a spin. The current release, which you can see below, has 2 layouts - 1 normal and 1 split-key, but compared to the version in the official announcement, has weird alignment issues and lacks any arrow keys (I checked - there was no setting to enable them, like in the newest beta for phones). This is an early beta, after all, so I fully expect all issues to be sorted out by the time it's released in the Market.

All the keys are rather small for my liking, especially coming from the Thumb Keyboard that beat SwiftKey to the split-keyboard layout by a good number of weeks. A lot of space seems wasted, and I'm not even entirely sure whether SwiftKey meant to release their keyboard this way or just hasn't tested it on a XOOM. Another issue I found is even though secondary characters appear after long-pressing, no visual indicator of what those characters are can be found.

These UI limitations are offset by the unique statistical prediction technology that TouchType, the company behind SwiftKey, is quite proud of. Rightfully so, SwiftKey's typing corrections are on an entirely new level compared to conventional keyboards, because they understand the context of your writing.

The last feature I wanted to mention was multitouch - unlike the Thumb Keyboard, SwiftKey is actually multitouch-enabled, which means pressing 2 keys at the same time registers both of them rather than one. This helps a LOT during fast typing or when accidentally touching one of the screen edges.

Have a look at the screenshots I took below, then, if you're a member, jump to the SwiftKey forum and take it out for a spin. 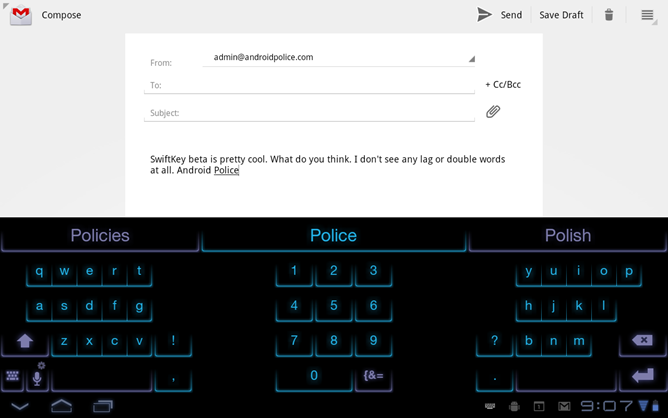 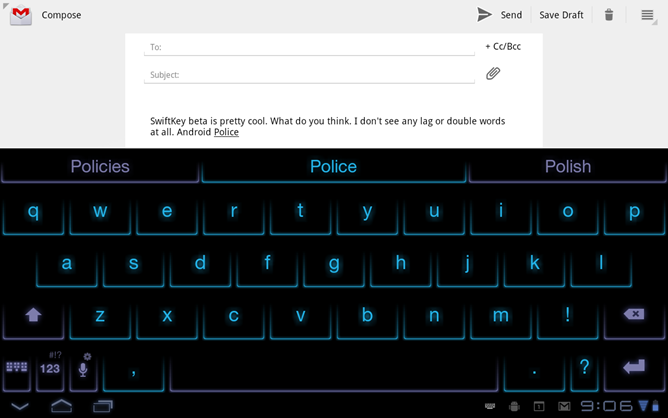 This video demo was released last month and will give you a good idea of what typing on this keyboard is like (sans the UI difference):

Leaked Three UK Release Schedule Outs Galaxy S II Mini Along With Dates For A Host Of Other ...