One of the more criticized features of the Motorola XOOM was its lack of Flash at launch. It was promised to be updated within a few weeks, and today Adobe has held true to its promise. While XOOM owners have been playing with a leaked version for a week now, the official update to bring Android's Adobe Flash Player up to 10.2 is now in the Market. The new version brings Flash support for dual-core and Honeycomb-running devices. This is the first time the Motorola XOOM can officially utilize Flash.

This does have a different version number from last week's leak (the Market update carries the number 10.2.156.12, compared to last week's 10.2.155.67) so we would definitely recommend that XOOM-owners download the official release. You can update via the Market or check out the web links below. 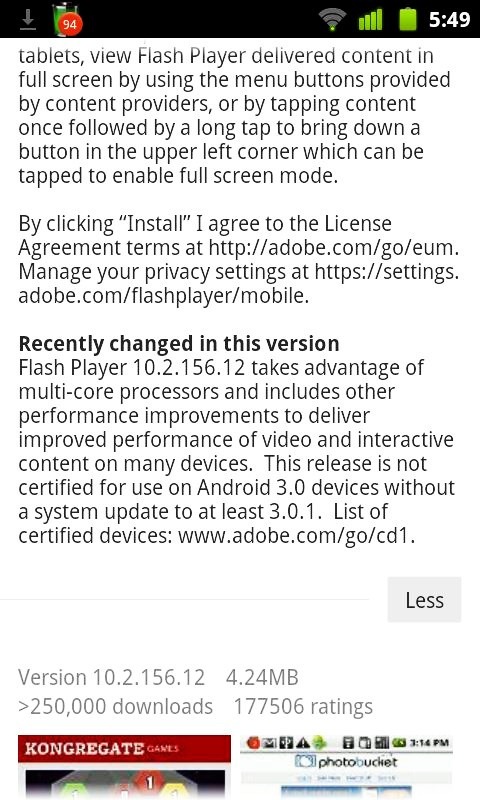