After months of anticipation and weeks of delays, we kind of lost faith and thought this day would never come. However, the HTC Thunderbolt just went live on VZW's own site, including free overnight shipping, which means you can get your hands on the first LTE phone by the 18th (unless you go to a local store, of course).

No, it's not $749.99 as originally expected, and it's not even $599.99 as Verizon's own Twitter account tweeted - it's... $444.99. If this is not a price mistake, those of you looking to buy without a long-term commitment may want to jump on it right away. In case it is a mistake, let's hope Verizon ends up honoring the orders that come through, and if it's not... well, then consider me thoroughly impressed. 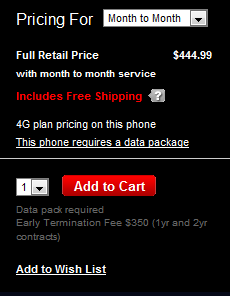 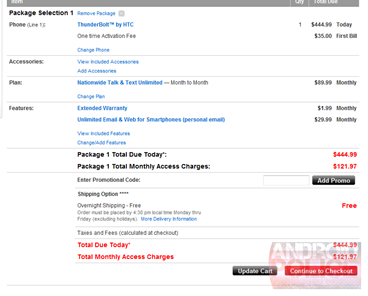 P.S. Oh, and 68MB of RAM, eh, Verizon? Looks like somebody was in a bit of a hurry (the Thunderbolt has 768MB). It's not like they had an extra month to prepare or anything...