Ah, the arrogance of Cupertino. Does it know no bounds? In Apple's latest attempt to frame their iPhone as being the obviously superior choice over Android, a new series of ads start with "If you don't have an iPhone... ". They then proceed to boast about features that are on both iOS and Android, using their typical clever wordplay to convince the less-knowledgeable that you can only get these features on an iPhone.

The first ad starts with:

Well no, but you have the Android Market, which is growing at a much faster rate than Apple's and that analysts predict will catch up to the App Store in the number of apps within the next several months. You will also soon get the additional choice of the Amazon App Store, which will offer competitive pricing and - something Apple avoids like the plague - options. Uh, yeah, good one there, Apple.

The video then continues:

Is it easier to search for apps on an iPhone than on an Android phone? They both involve entering some words into a little search bar. Are App Store apps easier to download than the Market's? Both merely ask you to push a button or two, wait a few seconds, and let it download. What's more complicated about Android's? Nothing.

... so [your iPhone] can be almost anything, like a boarding pass...

Hey guys, Android phones do that too.

... or do almost anything - like pay for your coffee.

Another check for Android.

No, but you have Kindle, Nook, Google Books, and a plethora of other third-party readers.

... so you don't have your favorite books in your pocket.

... and you don't have the iBookstore - an entire bookstore in your pocket.

Maybe not, but I have an entirely bigger bookstore in Amazon's Kindle store, in addition to having the B&N Nook Store, Google Books' store and pretty much any other online e-retailer I want to visit (because, you know, unlike on iOS, you can actually download files through the Android web browser).

The third spot zeroes in on music, claiming:

While it may not be "an iPod," my Android phone plays mp3s just as well, thank you very much.

... with your music, and your playlists

(yes, the word "your" is accentuated by the voice-over actor reading the commercial).

So what, do Android phones force you to listen to someone else's music? Do they not allow playlists? Wrong on both accounts, Apple.

... and you don't have iTunes on your phone - the world's number one music store.

No, but I have Amazon MP3, which gives me everything the iTunes Store does (minus The Beatles, which I already have), only it doesn't have DRM and it often gives lower prices.

The ads are concluded, in quite predictable Apple fashion, with the profound declaration:

Now that part, Apple, you nailed right on the head. I certainly do not have an iPhone... I have a much better phone. 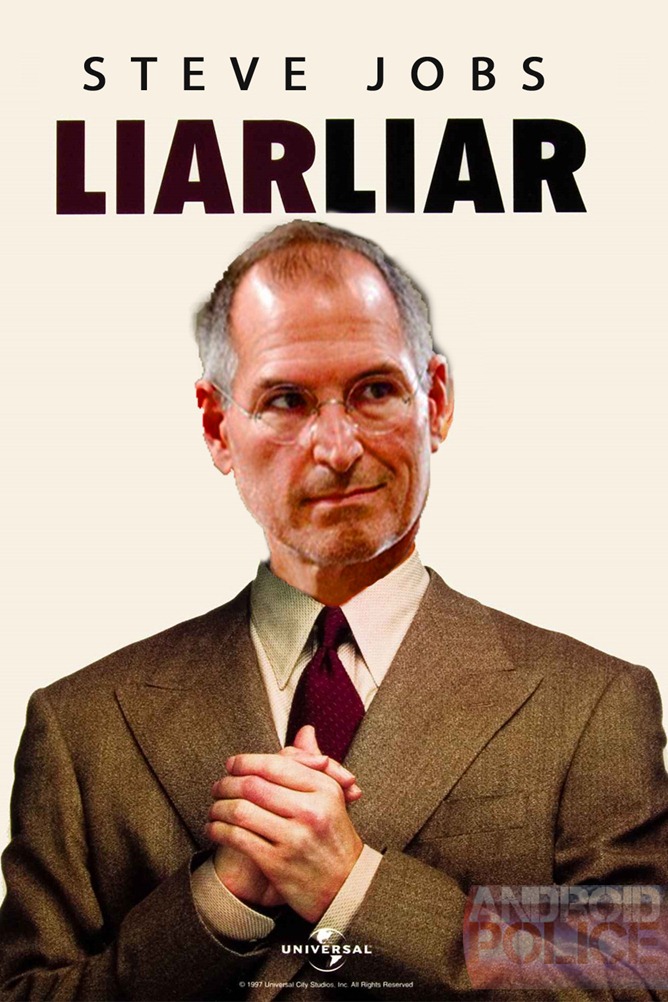 Wank-O-Meter For Android - Yes, There Is An App For That; No, Steve Jobs Would Most Definitely ...