Take a deep breath - it's really starting to look like the Thunderbolt saga is approaching the end. Verizon's first 4G LTE device has been through a rollercoaster of predictions, disappointments, and broken promises (over and over), but the latest confirmed date of March 17th we told you about earlier is indeed proving to be legitimate.

As promised, Wirefly just launched the Thunderbolt pre-order page, and if you've been waiting to pick one up, you may be pleasantly surprised. In addition to not charging any tax in most states and offering free shipping, Wirefly's price is lower than what we've been expecting to see in Verizon's own stores and Best Buy, for both off-contract and on-contract pricing, including upgrades. Have a look for yourself: 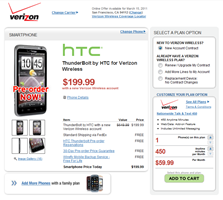 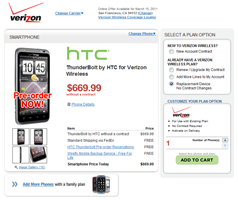 Not bad, eh? I don't know about you but over $75 in savings, depending on your local tax, is a winner in my book.

So, who is pre-ordering this bad boy? 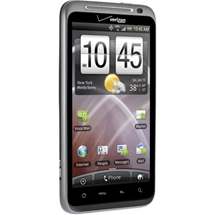 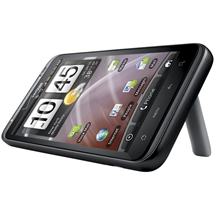 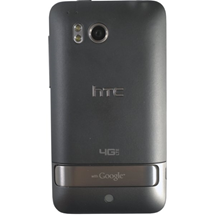