After HTC's upcoming Flyer tablet was announced and previewed, many were bewildered that their debut offering in the tablet game was a 7" single-core slate that runs Gingerbread and totes a stylus. If recent leaks from retailers hold any water, then the Taiwanese manufacturer may have something else (much better?) in store. Two leaked internal document show a 10" Honeycomb tablet from HTC launching in June.

Two leaks from separate outlets show different versions of the same list. Droid Life cites the document coming from Staples, while Pre Central describes their similar document as originating from "a major retailer." The majority of the slates listed are nothing new (including the XOOM and the Galaxy Tab), but HTC's June release of a Honeycomb tablet with a "TBD" price certainly jumps out as new.

While HTC has taken a lot of flack for the upcoming Flyer, they may be able to get it out the door more quickly because it runs Gingerbread - which is easier to impose their Sense overlay onto (Gingerbread is used on phones and more similar to the already Sensified Froyo). If they are insisting on incorporating their Sense UI onto Honeycomb, one can see how they may need several extra months to prepare that. There is no word on whether the tab will use Sense or not, so this is merely speculation at this point.

You can check out the leaked documents below, which show the little that we know about the Android 3.0 tablet (along with some other upcoming and current tabs that we were already aware of). 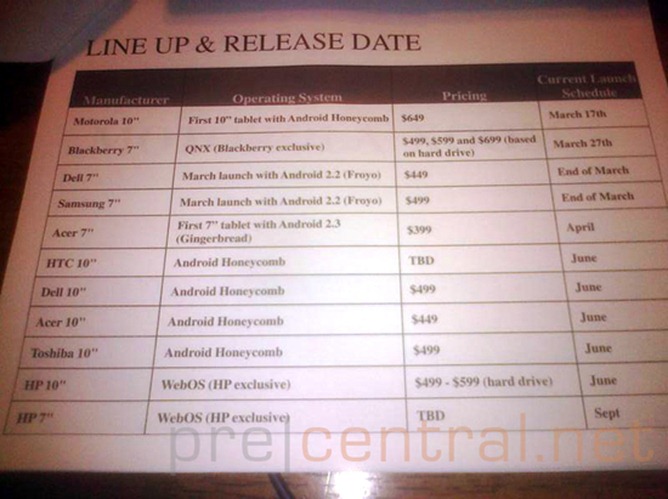 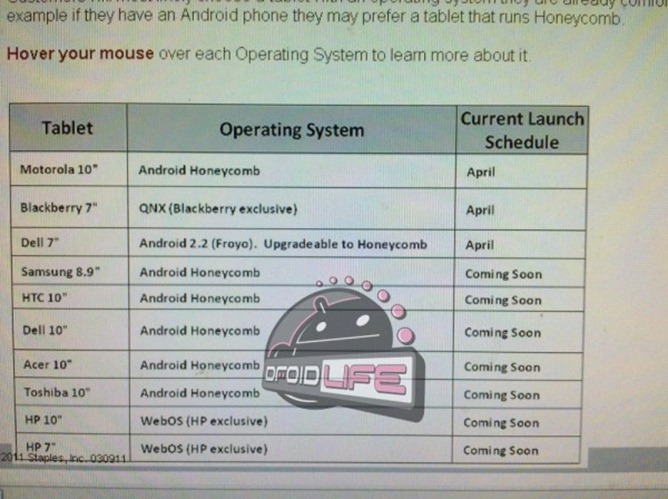