Those of you Android users who were hoping that you would get some Playstation love without having to buy the upcoming Xperia Play (dubbed the Playstation Phone by some) just got some good news. The Playstation Suite, Sony's framework that will integrate much of their gaming experience into Android, will be available for Tegra 2 devices later this year.

It was revealed in NVIDIA's Tegra Zone app that original Playstation games Wild Arms, Cool Boarders 2, and Syphon Filter will be among those available. One secondary source reported that certain PS2 games would also be added to the suite, but that was never posted in the announcement. Engadget speculates that perhaps Sony is waiting for NVIDIA's upcoming quad-core chip to be released to dish out previous generation console titles. We are already imagining a port of GTA: San Andreas on a XOOM: 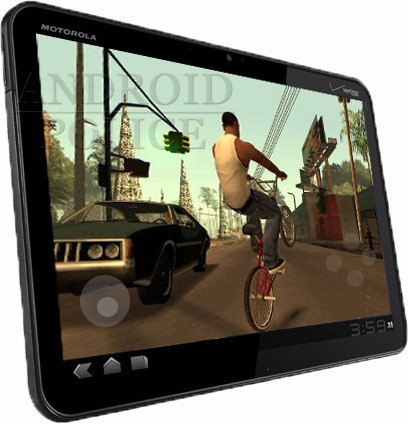 It was not specifically mentioned if only select Tegra 2 devices would be getting the Playstation Suite, or if all of them would get the PS treatment - but here's hoping for the latter.

XOOM Owners Rejoice! Adobe Flash 10.2 Set To Launch In One Week, On March 18