Take it as you wish, but a flyer that (according to Droid Life) was passed out by Samsung representatives at a technology fair today clearly shows that a Wifi-only version of the original 7" Galaxy Tab is set to hit store shelves on April 4 at $399.

If this turns out to be legit, it may be viewed as a mixed bag by Android users. On the one hand, it's a quality tablet from a major manufacturer offered for $100 less than the iPad, but on the other hand, this isn't November and the original Tab's specs are easily dwarfed by the current generation of Tegra 2 slates that are becoming available. 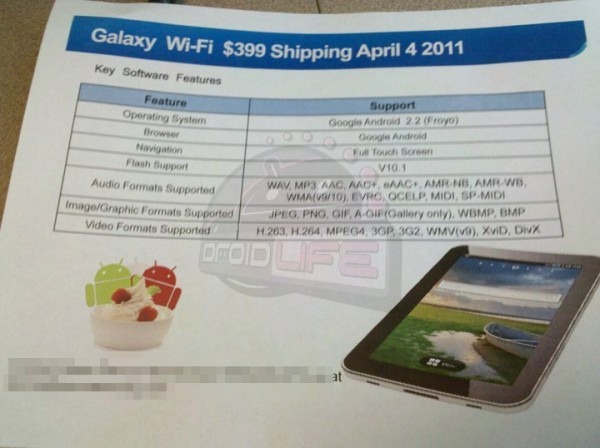 Would you consider a Wifi-only version of the Tab for $400? Or would you rather hack a $250 Nook Color for a budget 7" slate? Let us know in the comments.