With all of the recent concern about malware in the Android Market, it may lead one to make the generalization that the Android OS is nothing but a big loser in the mobile security department. It looks like that may be a faulty conclusion, if the results from hacking competition Pwn2Own are any indication. In this year's contest, held at the CanSecWest Security Conference, Android and Windows Phone 7 both survived unscathed, while iOS and Blackberry fell to the hackers.

Pwn2Own is a computer hacking contest where cyber attackers attempt to hack into a variety of devices and browsers, both mobile and desktop. In yesterday's smartphone category the iPhone 4 was brought down by hackers from a Baltimore-based consulting firm, while RIM's Blackberry Torch 9800 fell to a multi-national team. 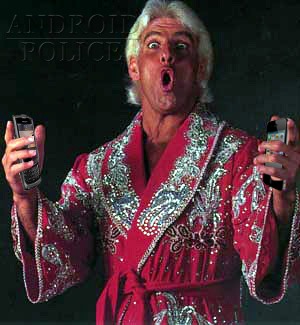 In previous years at Pwn2Own, operating systems' very latest version was used, even if it had been patched that same day in an attempt to avoid negative headlines. This year, however, firmware from one week prior to the competition was used.

The details of the successful hacks and the exploits they used are withheld from the public until they are patched.

Samsung's Photoshop Deception: The Real Thickness Of The 8.9" Galaxy Tab

XOOM Owners Rejoice! Adobe Flash 10.2 Set To Launch In One Week, On March 18