The future of Android gaming is looking very bright these days. Just a day after news came that portions of a $100 million Chinese fund would be devoted to helping iOS developers port their games to Android, another company, Scoreloop, has revealed its own very different approach to the same goal. Scoreloop's method is to offer an entire assistance program that holds the hands of devs every step of the way from Cupertino to Mountain View.

If you run a business that offers a platform to handle the social elements of mobile games, you would naturally want to expand your business with new developer clients. Now, if one mobile platform (iOS) has thousands more games than another (Android), but the smaller one happens to be growing in popularity at an alarming rate, it would be to your benefit to help successful developers from the larger platform to port their work to the growing platform. You could even afford to offer much of this service for free, in exchange for the integration of your social platform into their newly ported apps. This is what Scoreloop (as well as similar companies OpenFeint or Unity) is doing. 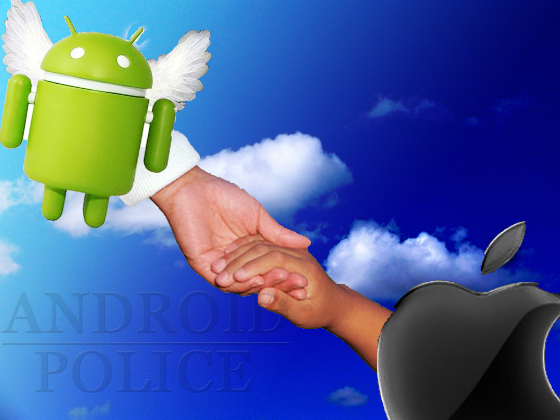 Make no mistake though, Scoreloop's system goes farther than simply throwing money at devs in exchange for their future business (which is hardly a bad thing in itself). Rather, Scoreloop will actually handle much of the development, "[lending] resources to deal with the things where developers don't have them" in addition to providing financial assistance. This includes helping with the actual porting, further development, and the marketing of the games.

Two popular iOS apps, Geared and Tubez, have been the first guinea pigs for Scoreloop's programs, and the developers sound very pleased with the results. "Getting support through porting, testing and launch can make a major difference," said Bryan Mitchell, creator of Geared. "In such a competitive market, the added [extras] that social features bring to a game can make a real difference to the level of success."

As proud as we Android users are of our beloved OS, it can often be frustrating to look at the amount of quality games that are available in the iOS App Store that are nowhere to be seen in the Android Market. If the programs that are well under way by Scoreloop and others are any indication, that dynamic could be shifting very soon. As Android slowly begins to dominate the smartphone market and, as analysts predict, later the tablet market, it seems that it would be a win-win for everyone involved to get more of those games brought over to Google's OS.

iOS Game developers interested in climbing aboard the Android train can head over to Scoreloop's website to get signed up.

Another New RSS App? Feedly Is One That May Be Worth Checking Out