If you're anything like me, you text constantly. There are times, however, that I put my phone down and hop on the computer to do some more in-depth tasks or just enjoy some good, old-fashioned big-screen browsing. When I'm doing that, it's usually a pain to receive a text message, have to dig out my phone, open the messaging app, and use a tiny keyboard to reply, even though I'm sitting at a much larger, easier to use keyboard. Well, that's not a problem anymore - now I've got Texty.

Texty is an app that will forward your text messages directly from your phone to your desktop (specifically, Chrome) using cloud magic and allow you to reply from your computer through your phone's messaging app. It's all very mysterious, and I'm sure there's a warlock involved, but it works. It's in private beta right now, but I snuck in so I could show you what it's all about. Let's take a closer look at the awesome features (as well as some of the bugs) that come with Texty.

The first step to making Texty work is installing it. If you get into the beta, you'll have to install the Texty app on the Android Market, then the Google Chrome extension. The process for setting both up is extremely straight-forward, and the Android app setup in almost identical to the setup process for Chrome to Phone. 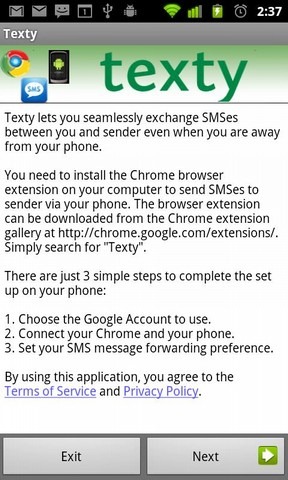 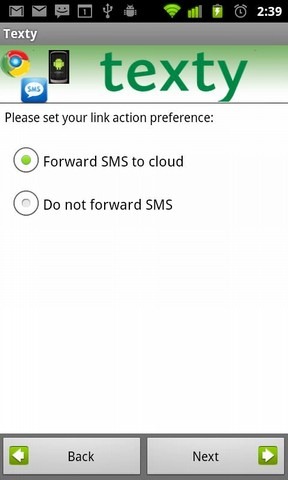 Okay. So you (theoretically) did that. Well done. Let's start a spree of superfluous texting because, let's face it, it's even easier now! Let's go ahead and text my girlfriend by clicking the extension button and hitting compose: 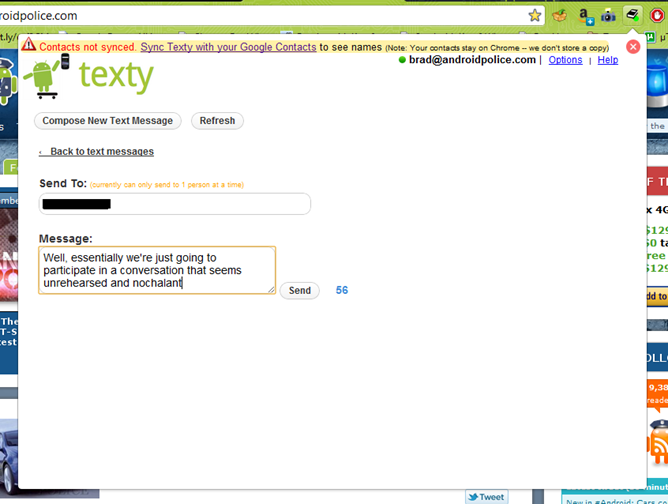 We'll talk about that error up there in a minute. For now, let's focus on things that are working. Once I hit send, it pings my phone, which then sends the message and informs my computer that the deed has been done. Now, since the natural thing to do is reply, that's what she did. In the bottom right of my screen, I'll get handy popup windows showing me the message and who it's from: 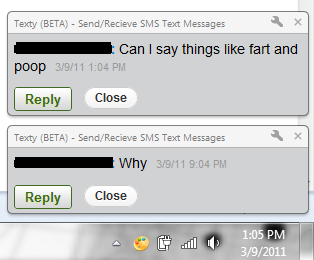 That's my girl. Now, to reply to these, I'm going to hit that button. Yes, the one labeled "Reply." This will bring up a new window that looks like this: 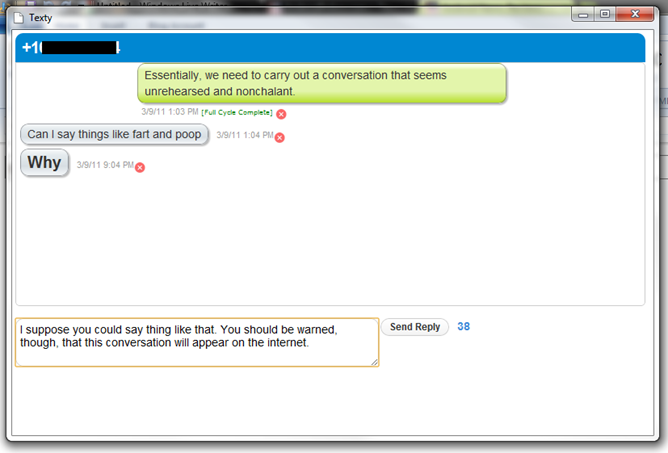 And the conversation will carry on in this fashion ad infinitum.  It really is super handy. Something that's really cool about this is that you can still text your phone and receive messages even if you don't know where your phone is. If you are a heavy texter who also happens to be forgetful, this will be extremely handy for you.

One other awesome feature is that multiple conversations are opened in handy tabs: 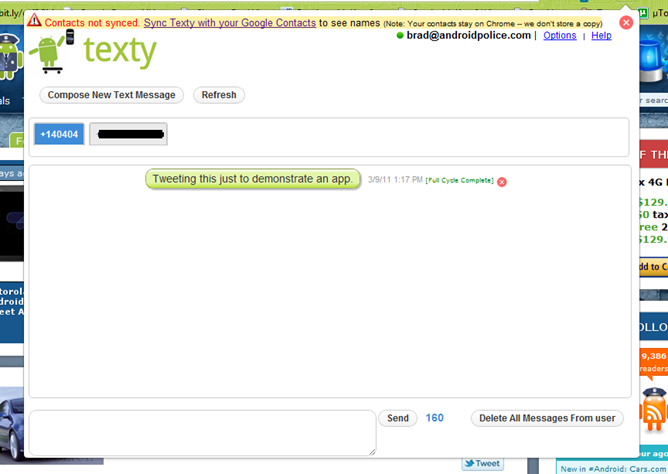 Now, as I mentioned earlier, this is still in beta. I'm about to show you why. Texty is awesome, and none of these issues are deal-breakers, but... you can tell it's beta.

Sometimes, when you hit reply, this is all you get: 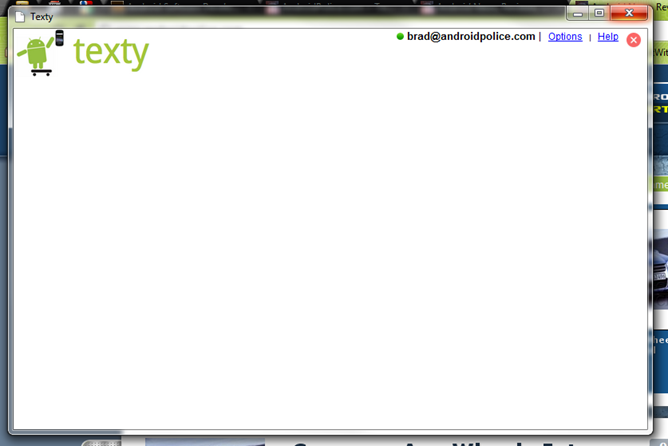 Which sucks. The notification is now closed and I have to open the extension button menu to reply. Not a big deal, but not something I would prefer. A related bug to that would be this one:

That's really not specific at all. These two bugs happen randomly. As you can see, the notification below it, from the same sender, received only about a minute prior, is fine.

The final bug is time-stamping: 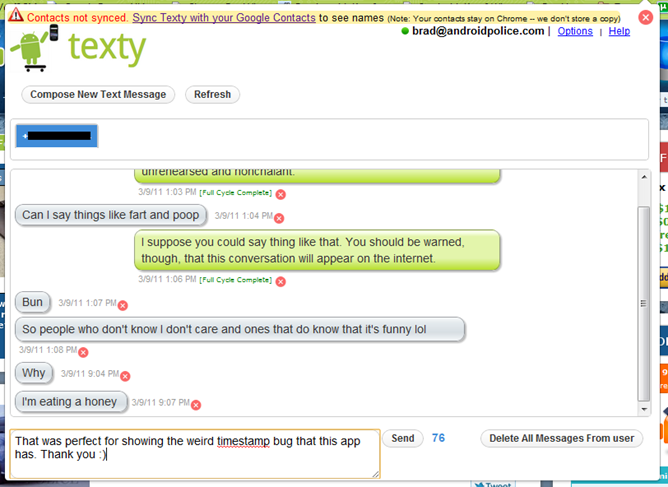 The timestamps are all over the place. 9:04 p.m. and 1:07 p.m. apparently went down within moments of each other - I'm not sure what happened there. You may also notice that my Google contacts are not synced. I tried it, but it just failed miserably. I think the issue is more on Google's end than Texty's, but I really don't know for sure. Either way, it wouldn't work and that alert is impossible to remove.

Overall, Texty is awesome. I use it every day and, once they iron out these few little wrinkles I've outlined, I think Texty will be ready for primetime in a big way. The usefulness is immeasurable and the implementation is mostly flawless (sure, the UI could use a little tweaking, but it absolutely gets the job done). I recommend that you try to get in on the Texty beta and look forward to a future of texting non-stop for days on end.

I'd also like to say thanks to my girlfriend, who put up with me texting her a whole bunch to get these images. There was a lot of behind-the-scenes texting, and she put up with it for quite a while today. Thanks, babe.