A new Application Programming Interface (API) called Fragments has been opened to all 1.6+ versions of Android. If you have no clue what that means, this should have the effect of making many more apps tablet-friendly on tablets and phone-friendly on phones.

At the core of Fragment's API is the multi-panel user interface that you see on certain tablet email apps, for example (labels in left panel, inbox in right panel). The ability to use this layout will now be integrated into a variety of applications without compromising the more basic look for phones. This will allow the same program to show the multi-panel look when run on a tablet, while phones stay with the single-panel UI. 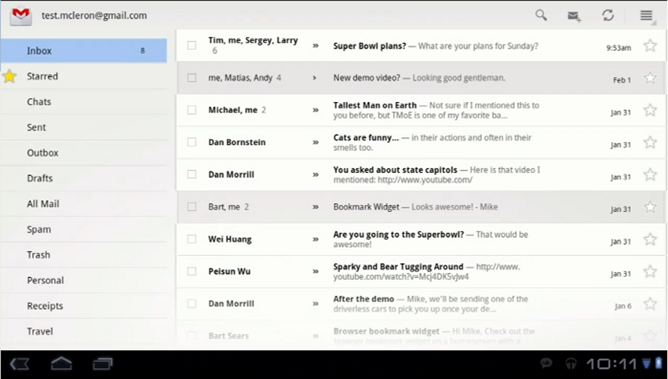 Fragments was previously integrated into Honeycomb-specific apps, but the myriad of older apps in the Market were left in the dust. Now all applications designed for Android versions 1.6 and later (essentially anything even remotely recent) will have the potential to get a lot more tablet-happy. In other words, the jabs Steve Jobs threw at the iPad 2 event (regarding the relatively small number of current Honeycomb apps) will soon be irrelevant.

Looks Like Google Is Starting To Listen - Hundreds Of Pirated Books/Apps Deleted From Android ...