The VoIP company Gizmo5, which was purchased by Google in 2009, is going to be officially ending its service next month (April 3 to be exact). Many Android users who have a setup which utilizes Gizmo5's compatibility with Google Voice to make cheap or free internet calls will need to look elsewhere for cheap VoIP calling.

An email (submitted by Reddit user Bizurke) from Gizmo5 cites the Gmail calling service as a viable replacement after notifying users of the termination. Alternate VoIP services such as Sipgate, pbxes, and VoIPUser appear to be alive and kicking if GV users are looking for an alternative.

As Gizmo was purchased by Google, could this be a sign that true Google Voice VoIP is around the corner? 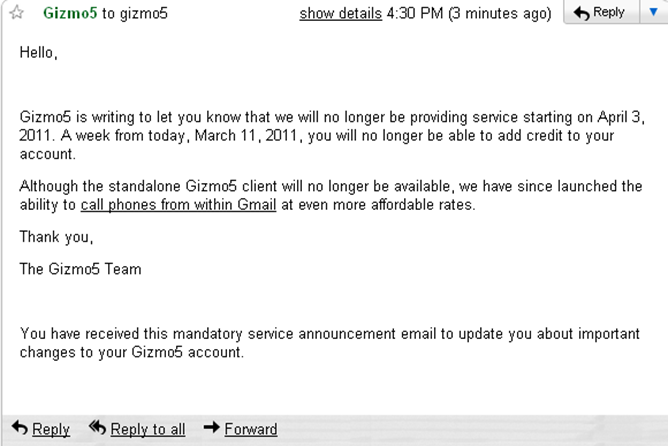 [Updated] App Preview: Friday Is Your Very Own Personal Assistant