Apparently the FCC has had a new Motorola phone submitted to it that sounds like it could possibly be the Droid X2. The phone carries the model ID IHDT56MJ1, which is all we have to work with since Motorola apparently requested that the device's name remain anonymous for 180 days (roughly six months for those who had trouble in math). If the conclusion of the period of anonymity coincides with the phone's launch, that would put it at August or September, which sounds reasonable to us for a Droid X2 launch.

The two pictures on the left below were not snooped from the FCC, but were from a leak last month picked up by TheMobiZone, supposedly showing the Droid X's sequel. If the design in the picture is accurate, then the front of the device will be virtually indistinguishable from the original Droid X (pictured to the right). 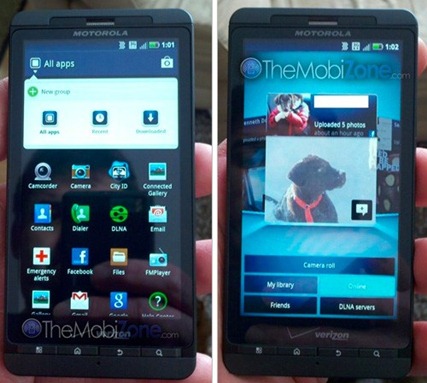 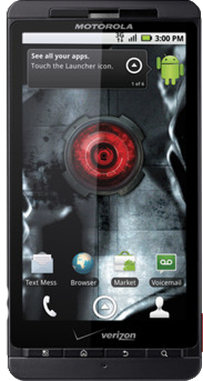 The phone at the FCC is EVDO and CDMA compatible (consistent with its being tied to Verizon - as all Droid phones are). Other rumored specs for the Droid X2 include a 4.3-inch screen (540x960 resolution), a dual-core Tegra 2 processor and 8MP camera.