It seems like only yesterday we were watching Steve Jobs reveal the second iPad and wondering how Android tablet manufacturers would react (actually, it was yesterday). Now we have news that the Wi-Fi-only version of the Motorola XOOM will be priced at $539 at Sam's Club.

Previous rumors suggested the price for the non-carrier version of the tab would be $600, so this is a bit of a surprise. Of course, wholesale warehouses like Sam's and Costco are usually able to sell for much less than other retailers (they rely mostly on memberships for profit), but this is more of a discount than would typically be expected. For example, the Verizon XOOM sells at Costco for $20-30 less than everywhere else. So, it remains a mystery what the standard pricing will be.

There doesn't appear to be any word yet on a release date, but a posting from PC World has pre-orders shipping in the UK on the first week of April. Perhaps this latest piece in the puzzle can shed some light on the picture we are seeing for the much-welcomed Wi-Fi XOOM launch. 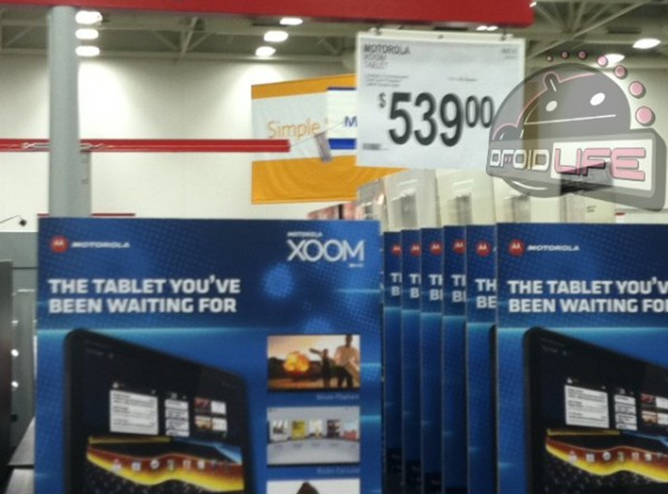 Party Like It's 1996: Nintendo 64 Emulator Released In The Android Market

Paypal Wants Developers To Come On Down For App Challenge