Maybe you can think twice about picking up that new Nintendo 3DS: over a year since development began, the first official release of N64oid, which lets you play classic Nintendo 64 titles on your Android device, is now available in the Market. This is the latest offering from yongzh, the developer behind NESoid, SNESoid, and several other highly-rated emulators for Android.

While emulators for pre-mid-1990s' consoles are commonplace on a variety of mobile devices, the generation that featured N64 and the first Sony Playstation took a huge leap in terms of performance, so developing working emulators for titles from those machines takes considerably more time and commitment from talented developers. N64oid was available previously in beta status, but many games were not yet fully working and the sound was often off. We fully expect N64 to improve in time, but it looks like most games work now with a very solid framerate.

If you want to play oldies like Super Mario 64, Legend of Zelda: Ocarina of Time, or Goldeneye, you will need to have corresponding ROMs (you must own a copy of the game to play legally). 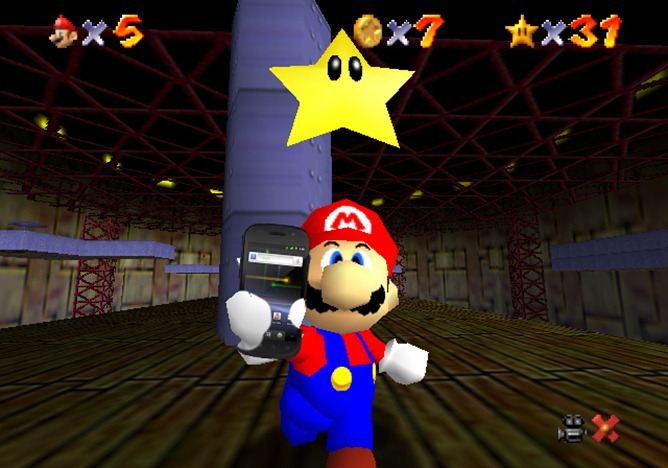 Thanks, Trevor, for the tip!

RBC Predicts That Android Will Dominate The Tablet Market By 2014