After last week's launch of the 3G (soon to be LTE) Motorola XOOM, many of us began to wonder about that cheaper Wi-Fi-only model that has been promised. We are still (agonizingly) without a confirmed release date, but those sitting on the edges of their seats in anticipation may want to know that the UK version has been priced at £449.99 ($732).

PC World's website announced the arrival and pricing of the much-anticipated slate, also advertising pre-orders (which were not active yet). After word spread of the £449.99 price, however, all references to the cost and pre-orders were pulled. 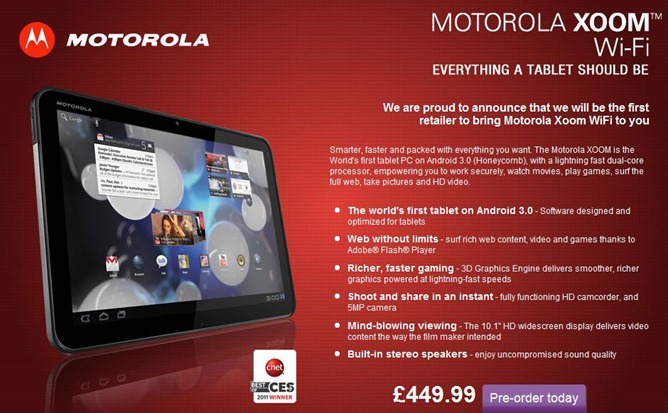 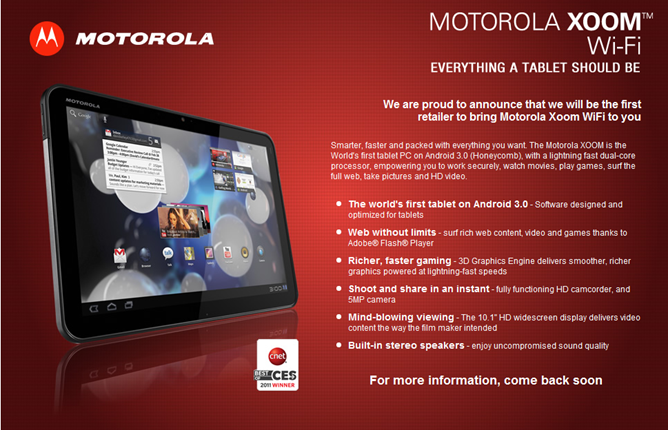 Obviously, the converted rate of $732 is much higher than the $600 US price that was previously announced by CEO Sanjay Jha, but that is not likely reason for an American revolution. Non-US pricing converted to US dollars is rarely going to be an accurate indication of American pricing (largely due to taxes), so there is still a strong likelihood that the previously announced figure will be what we actually see (whenever this finally arrives).