Earlier today, Comcast dropped its 2nd mobile app for Android into the Android Market, the direction of which puzzled even me - and I work for a Comcast-owned company. The new app, XFINITY TV, is clearly targeted at TV viewers, while the previous app called XFINITY Mobile was a more general application for address book management, SmartZone email, Digital Voice, and... TV, DVR, and On Demand.

Wait, what? Did Comcast just release a separate app that does pretty much the same thing its existing app that's been on the Market for a few months does plus a tiny bit more? Let's see - both apps let you:

The only things the new XFINITY TV app has that the previous app doesn't have seem to be:

That is pretty much it. While it's nice that I'm now able to control my TV with yet another gadget, it is mind-boggling why Comcast would release a whole separate app that crosses paths with its existing app in so many ways.

However, if you, like me, don't care for all the email/voicemail/address book nonsense and just want to interface with your Comcast-powered TV better, then the new TV app is for you.

Note: There is an astounding amount of restrictions. For example:

Still with me? Then hit up the download links below. 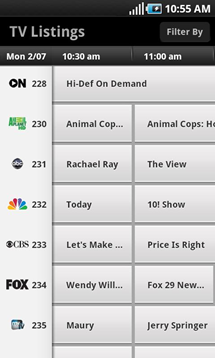 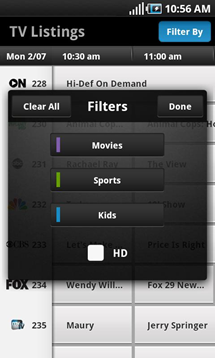 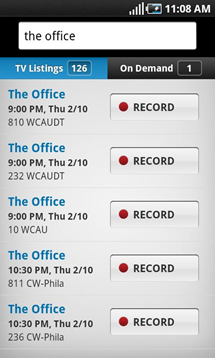 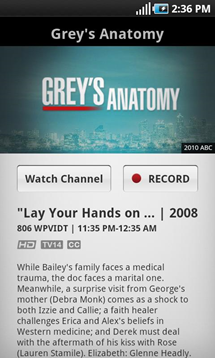 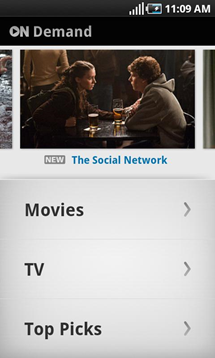 [Hands-On] Chomp: A New Hope For Finding Apps On Android

UK Version of Wi-Fi-Only XOOM Now Has A Price