As I've said before, CyanogenMod (CM) custom theme support is just plain awesome, and today's example is no different. It's called NTSense, and as you can probably guess, it's a Sense-inspired theme created by nhnt11. It's currently in beta and only supports LDPI and HDPI devices at the moment, but things look pretty good so far. 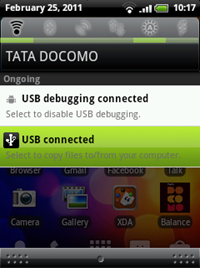 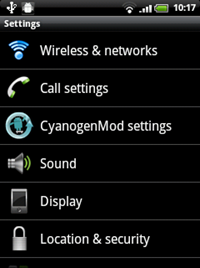 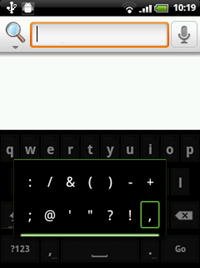 As it's still early in development, there are a few notable caveats. First, HDPI support isn't quite finished - there are still a few missing features (app icons don't change because he hasn't made them yet), and there are probably a few bugs lurking about. Perhaps most importantly though, there are no Sense widgets included - although that shouldn't be much of a deterrent, given there are options available in the market.

If you're interested in giving the theme a try, download from the source link below (note: XDA-Developers account required), install the APK, and switch themes using the CyanogenMod Theme Chooser. Be sure to report any issues in the thread, so that nhnt11 can address them.