If you began drooling from the very first murmurs of a "Pure Google" tablet running Android 3.0 'Honeycomb', to the buzz at CES, through the anticipation building up to launch: your day has arrived and you likely now have a Motorola XOOM in your hands. Congratulations. Of course that would be the $800 Verizon Motorola XOOM that's in your hands. But what about that $600 Wi-Fi-only XOOM? Not only is it not in anyone's hands, but there has yet to be a confirmed release date either.

With nearly every Android phone capable of generating a wireless hotspot to share its data plan with a tablet, taking on the burden of yet another monthly data bill can seem like an unwelcomed guest to many users. Simply toggling a widget or opening an app to start tethering is a small price to pay in exchange for a $200 cheaper piece of hardware. So it stands to reason that a Wi-Fi-only model of the XOOM would likely sell like hotcakes next to its pricier Verizon sibling.

To those of you looking to save some money and buy the Wi-Fi model: do you feel that itching, that longing, that frustration that you can't yet have it? Are you just a little jealous while your friends snatch up the Verizon version? It almost makes you want to go out, say "to hell with it," and spend the extra $200 just so you can have it now. In fact, it's almost as if somebody wants you to do that.

Yes, there are those with a vested business interest in selling carrier-tied models. Those same people are likely well aware of the appeal of tethering. Could they be intentionally prolonging a period where we don't even have an option for a cheaper Wi-Fi only tab? Would mobile carriers and device manufacturers have something other than their customers' best interests at heart? 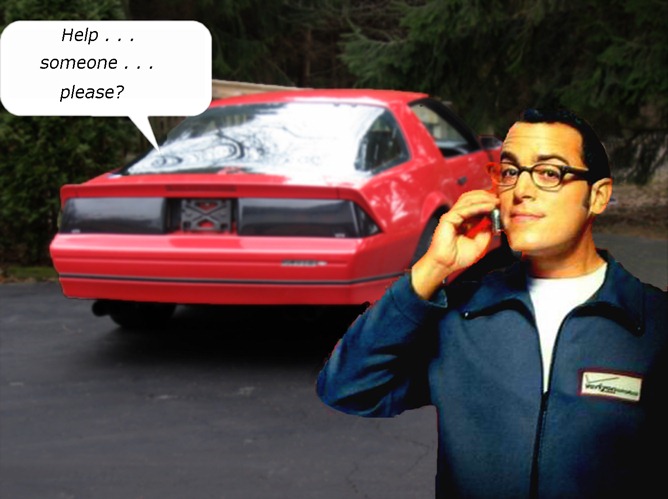 This isn't the first time we've seen this either. Remember that Wi-Fi-only Galaxy Tab that was coming "after the holidays?" Let me check my calendar . . . yep, it's "after the holidays." Yet I can't march off to Best Buy, Costco, or anywhere else to get a Wi-Fi-only Tab. It has been announced that it will arrive sometime in the first quarter of 2011, but at this point, the first generation of Samsung's debut slate is growing a beard longer than ZZ Top's and is hardly the cutting edge product that it was in November. Is this a pattern that will repeat with every Android tablet we see?

While we love having 3G and LTE capabilities on tablets, we also like having options. Perhaps all it will take to buck the trend will be one manufacturer (LG? HTC?) that releases a Wi-Fi model at launch. If dollars flow to that device, others will surely follow suit.

Do you think the carriers are running the game here, or is it just a coincidence? Are you splurging for the Verizon XOOM or holding out for the Wi-Fi model? Let us know in the comments below!

Monster Madness Powered By Unreal Engine 3 Creeps Into The Android Market, Complete With ...