If you remember, during Google's Honeycomb showcase in the beginning of the month, one of the tablet-optimized apps demoed was made by CNN. Considering CNN is one of the Honeycomb/XOOM launch partners, the new app showed up in the Market like clockwork for an easily digestible price of free. For those who need a refresher, here's the video from the presentation again:

The CNN app features a swipable navigation bar on the left-hand side and a grid story layout on the right side. For video junkies, live video broadcasts as well as pre-recorded video segments are provided. Vocal activists among you will find the ability to leave comments satisfying. Widget lovers will enjoy the ability to install a live widget onto their homescreens. The widget utilizes a new flipbook method of information presentation currently available exclusively in the Honeycomb version of the OS. 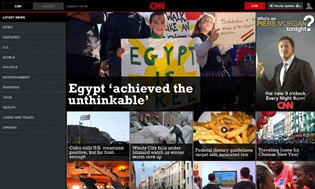 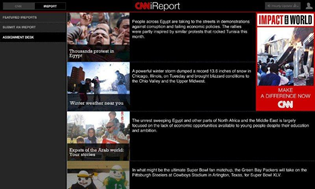 Not a bad first go at it, CNN. What do you think, tablet owners?