Google may have jumped the gun on announcing that the Android 2.3.3 update for the Nexus One was available - although they did say that it could be a few weeks until the update deployed OTA, it wasn't available for download and install, either. Or, rather, it wasn't until now: the update .ZIPs have been posted and can be downloaded directly from Google.

Obviously, Gingerbread brings a ton of new features, and 2.3.3 builds upon them even further. Install instructions are the same as previous updates:

I grabbed these instructions from Android Central, so be sure to show them some love:

Update: We've just successfully applied the 2.3.3 update to our Nexus S. As you can see below, everything went very smoothly: 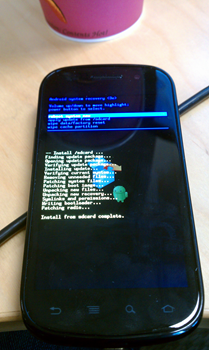 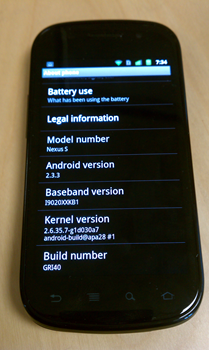 [Source: Google (Nexus S, Nexus One), thanks for the tips SarcasticOne and Sandip D.]
subscribe